Pierre Poilievre says he supports “all Canadians who peacefully stand up for their rights” amid reports a second so-called convoy protest is planned for Ottawa.

In a statement Tuesday, Poilievre denied claims the presumptive Conservative leadership frontrunner would greet the potential protest planned for Canada Day in Ottawa.

But he called vaccine mandates “unfair, unscientific bullying” and said he encourages “everyone to keep protesting government attacks on our freedoms.”

“I support all Canadians who peacefully stand up for their rights in protesting the Liberal Government’s vaccine vendetta,” Poilievre said in a statement to Global News.

The convoy protests paralyzed downtown Ottawa for weeks in February, leading to what police have called an “occupation” of the federal capital. Parallel protests sprang up at border crossings in Windsor, Ont., and Coutts, Alta., among other spots along the Canada-U.S. border.

Majority of truckers are vaccinated, Trudeau says, as ‘freedom convoy’ heads to Ottawa

The protests led the Liberal government to take the unprecedented step to invoke the Emergencies Act and grant police extraordinary powers to clear the protests. The Liberal government is currently facing intense scrutiny over that decision, including the suggestion from Public Safety Minister Marco Mendicino that the decision to invoke the emergency powers was done with advice from police.

Several of the initial protests’ organizers are now facing charges for their role in supporting what was deemed an illegal protest.

On the surface, the protesters claimed to be opposing vaccine mandates imposed on truckers who ferry goods between Canada and the U.S.

In reality, trucking associations said the majority of their drivers were vaccinated and those who weren’t had been re-assigned to routes in Canada.

The protests morphed into opposition to a variety of grievances, with the most extreme demanding that the Liberal government lift all mandates and resign.

Jean Charest, Poilievre’s rival for the leadership, suggested that the Carleton MPs’ support for the protests should be disqualifying for a person who wants to lead Canada. But during the party’s leadership debates, Poilievre sparred with MP Leslyn Lewis over which candidate supported the convoy most – suggesting that support is an asset, rather than a liability in the race. 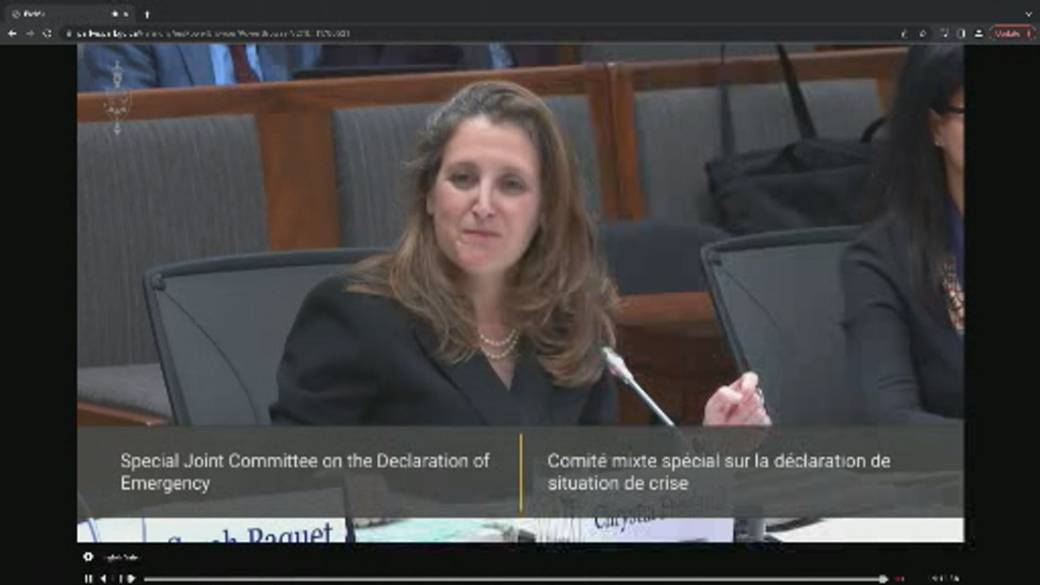