Patrick King, a key organizer behind the protests against COVID-19 restrictions and the Liberal government near Parliament Hill, was in court for a bail hearing Tuesday.

A woman who acknowledged she had only met him four weeks ago offered to be a surety, pledging half the value of her Alberta home to guarantee his bail.

The Crown argued for King’s continued detention, and the court is slated to rule on the matter Friday.

Meanwhile, one of the most visible organizers of the so-called “Freedom Convoy“, Tamara Lich, was denied bail Tuesday.

An Ontario court judge said she believed there was a substantial likelihood Lich would commit offences if released.

While the bail proceedings progressed, outside the cleanup and recovery of downtown Ottawa continued apace following three weeks of blockades by big rigs that many called an occupation.

The Ottawa Police Service narrowed the size of the restricted area by several more blocks Tuesday to mainly the zone known as the parliamentary precinct, which includes the Hill.

Fencing remains in place around much of the district, and police cars and officers are still plentiful throughout the area, but there are fewer limitations on movement in the downtown core. 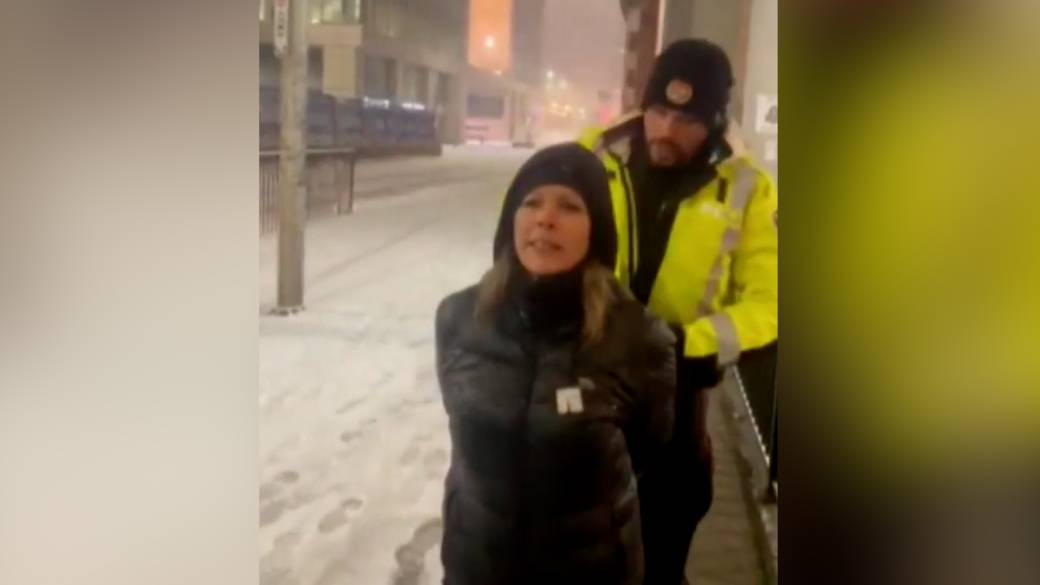 Federal Emergencies Act powers remain in place following a vote in the House of Commons on Monday night to confirm the law’s use. The Senate started its mandatory consideration of the provisions Tuesday morning.

But with the blockade over, a federal finance official told a House committee that bank accounts are now being unfrozen.

Assistant deputy minister of finance Isabelle Jacques said the RCMP sent information to banks Monday about people whose accounts should no longer be affected.

“The vast majority of accounts are in the process of being unfrozen,” she said.

Ottawa’s convoy occupation mostly clear, but police ‘not done’ with operation yet

Jacques said only the accounts of people who participated in or contributed to the blockade after Feb. 15 would have been affected, and even then it’s possible, but very unlikely, accounts were frozen for people who donated very small amounts.

A total of 206 accounts involving $7.8 million were affected, she said.

Conservative MP Philip Lawrence said “Canadians are afraid” that even a small donation to the convoy could ruin them financially, but Jacques said that is improbable.

King appeared in person for his daylong bail hearing and needed to be reminded by the justice of the peace to keep a mask on during the proceedings due to COVID-19 restrictions.

King, who has been known to promote racist conspiracy theories online, sat in the prisoners box in a grey hoodie emblazoned with the word Odin.

At one point King’s lawyer tersely directed him to be quiet, saying it was not his time to give evidence. 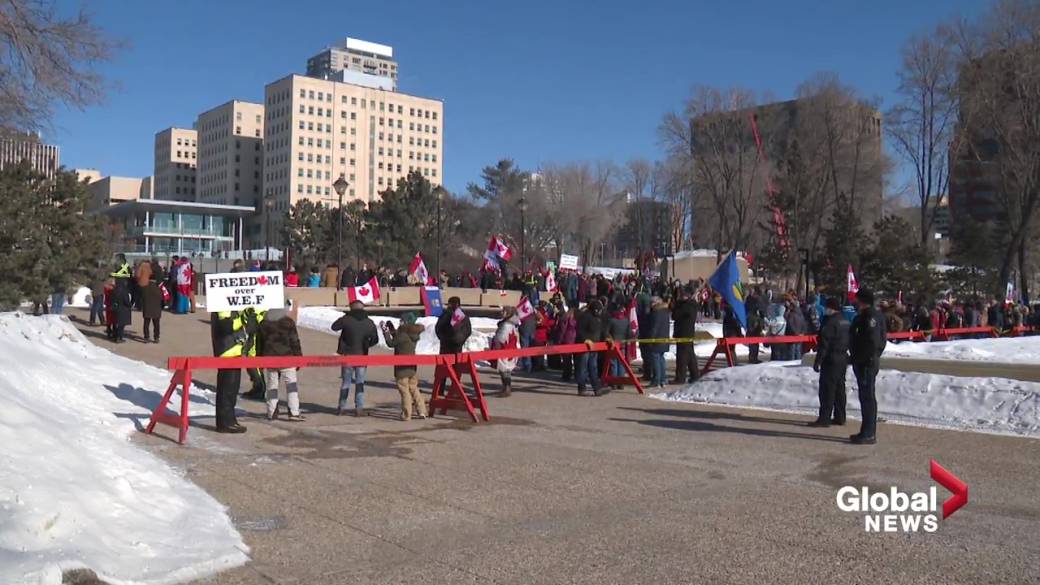 2:02Another convoy protest at Alberta legislature as UCP to deliver throne speech

Alberta resident Kerry Komix is proposing to be a surety for King, who hails from Red Deer, should he be granted bail. Under the plan, King would live at her home in a spare room and wear an electronic tracking bracelet.

Komix said she would ensure King followed any bail conditions and attended future court dates, or she would risk forfeiting a $50,000 pledge.

Komix said she was a light sleeper and had an attentive dog.

“I don’t see any way he can breach it without my knowledge,” she said. “I will be able to hear every move that he makes.”

Under cross-examination, Komix said she had known King for four weeks, having travelled to Ottawa herself as part of the trucker convoy.

That prompted further questioning from Crown lawyer Moiz Karimjee about how well Komix really knows King, as well as about her own beliefs.

The Crown played video of King making derogatory statements about different races and appearing pleased that a court order had been required earlier this month to quell the honking of protest trucks. 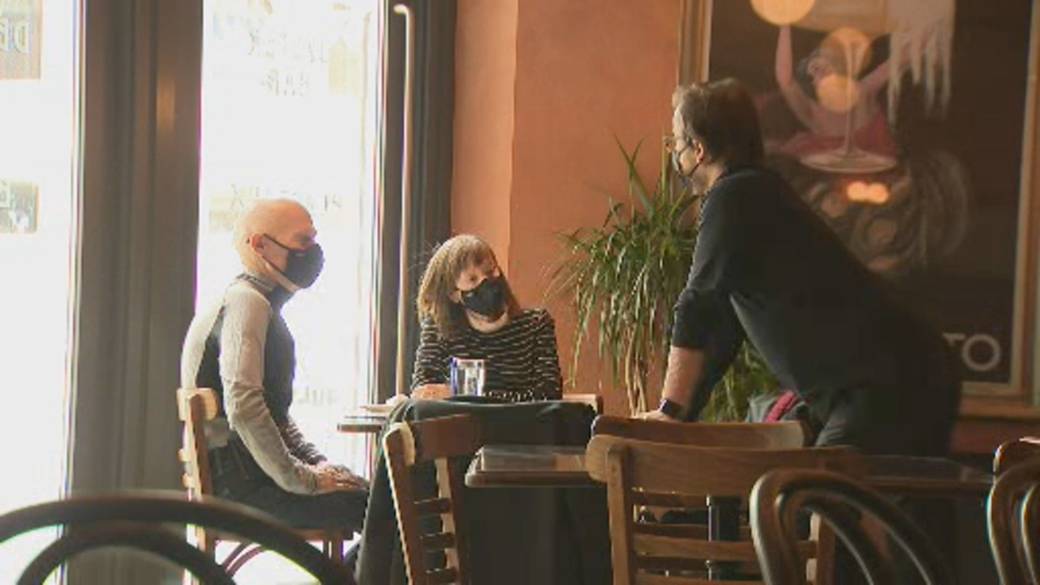 2:05What people in Ottawa endured during protests

What people in Ottawa endured during protests

Komix said the King she knows loves every race.

Karimjee described King as self-centred, saying there was a substantial likelihood he would commit offences if released on bail.

“He was at war with the City of Ottawa,” said Karimjee, claiming King could face a lengthy prison term.

“This person is not controllable by any court order.”

Kings’s lawyer, Cal Rosemond, dismissed the notion of serious prison time, arguing the Crown had not even presented evidence his client engaged in blocking roads or loud honking.

Komix would be a “very strong surety,” Rosemond said.

At a break in the proceedings, King was served with papers from the Ottawa law firm led by Paul Champ, which is spearheading a civil action against protest organizers on behalf of downtown residents.

Ottawa police said in a statement Monday that officers have made 196 arrests, with 110 facing a variety of charges.

Police also said 115 vehicles connected to the protest have been towed. As inflation persists, Canadians are forced to cut back. How are they saving? – National | Globalnews.ca