After a dominating — if abbreviated — season in the Western Hockey League, the Edmonton Oil Kings saw two of their stars selected early in the first round of the 2021 NHL entry draft on Friday night.

To draft Guenther, the Coyotes used the pick they acquired from the Vancouver Canucks earlier in the day in a trade that sent defenceman Oliver Ekman-Larsson to B.C.

Because of the COVID-19 pandemic, Guenther only played in 12 WHL games but scored 12 goals and 12 assists.

Guenther only played 12 games with the Oil Kings because he went to Texas to play for Canada at the under-18 world championships this season where the team won gold.

The other Oil King to be selected early in the first round was goaltender Sebastian Cossa, a six-foot-six, 212-pound netminder from Fort McMurray, Alta. Cossa was grabbed by the Detroit Red Wings with the 15th overall selection, a draft pick they traded up for to get just before making the pick.

Cossa had been rumoured to have been a prospect of interest for the Edmonton Oilers ahead of Friday’s draft.

Two @EdmOilKings drafted in the first round of the 2021 #NHLDraft! pic.twitter.com/p95yANihef

Watch below: Some recent videos about the WHL. 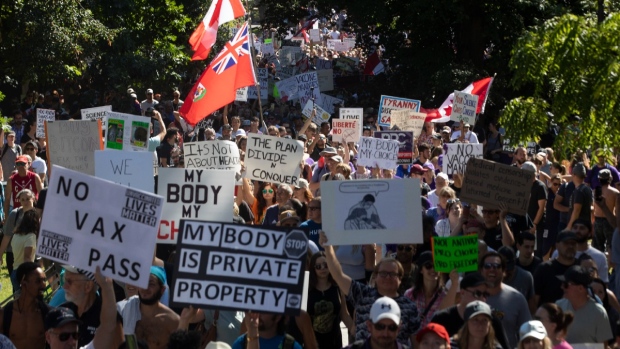 Tensions high between vaccinated and unvaccinated in Canada, poll suggests
2 seconds ago

Ashley Blaine Featherson: “My Career Is a Love Letter to Black Women”
5 mins ago

La Palma volcano: Weeping for those who’ve lost everything
15 mins ago