The entire Okanagan Valley is in the midst of a record-breaking summer, with high temperatures and extremely low precipitation levels, which has led to the B.C. government to declare a level three drought for the region.

“We had warmer temperatures this spring without the precipitation that we would normally have. As a result we have low water levels and the hot temperatures are also driving this drought.”

Low water supply levels in the Okanagan have led to water restrictions in surrounding communities.

Currently, the City of Penticton is at stage two of water restrictions. Residents can only water their landscapes two days a week with no watering on Mondays.

The Regional District of North Okanagan is currently at stage one water restrictions, which is the same stage as the City of Kelowna, where restrictions were implemented about a week ago.

“Our seven-day average has been decreasing slightly, but it still is pretty high,” said Andy Weremy, City of Kelowna’s water operations manager.

However, the City of Kelowna is quick to admit that with the heat seemingly sticking around for the foreseeable future, things could get worse.

“We are managing, but water consumption for outdoor use because of the hot weather and dry hot conditions is a concern,” said Weremy.

“We will be looking at the demands over the last month and with the projected hot weather to continue, we will be meeting with our senior leadership team early next week to see what our next steps are.”

Looking ahead at the region’s forecast, Environment Canada says it doesn’t look like any significant rain will be on the way.

“I don’t see anything that would show widespread precipitation across the B.C.’s Interior in incoming forecast,” said Lisa Erven, an Environment and Climate Change Canada meteorologist.

“As we get into next week, we might see some isolated showers but really we need substantial rainfall and the short-term forecast doesn’t hold that.” 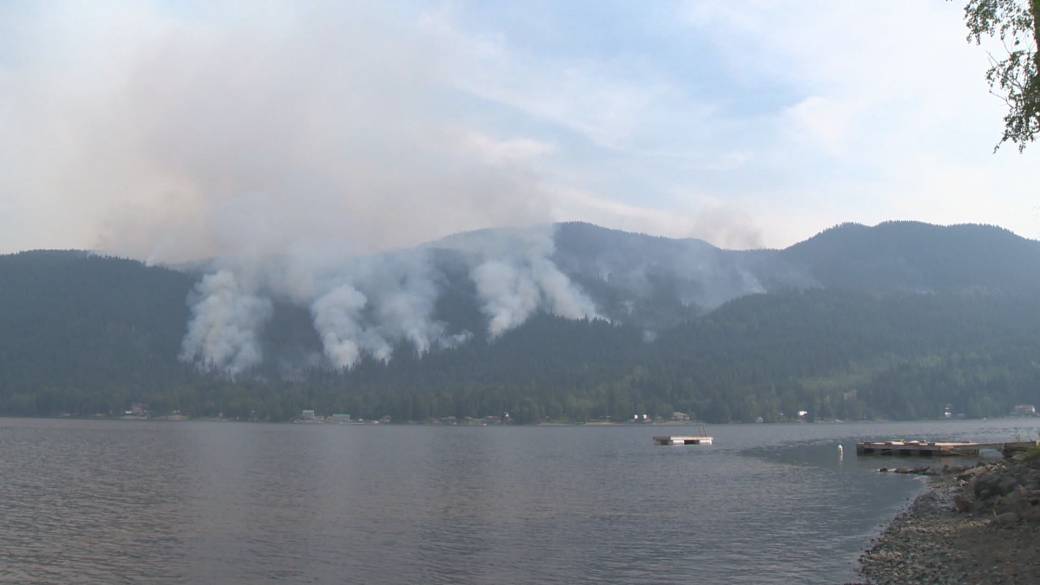 3:45Okanagan fires exploding in size due to dry conditions

Okanagan fires exploding in size due to dry conditions