Okanagan residents showed their support for Ukraine at a solidarity rally in front of Kelowna’s City Hall on Saturday.

“Just lending moral support and saying, ‘hey, you guys are on the right side of history’, so lets try and do what we can to help you,” said Rich Teer, a Kelowna resident.

“I think its great (the community is coming out). I think there only a limited amount of things we can do to help, but everyone can lend them moral support.”

Denys Storozhuk, the main organizer of the rally, said the support he’s seen from the community makes him feel like they’re making a difference.

“Its only possible with the help from the locals, that are donating and helping us, that’s how we can help. It really relieves me, relieves me of my stress. I sleep better now because I see we are helping and we are winning this war,” said Storozhuk.

The rally was organized by the group Kelowna Stands With Ukraine, a local group of Ukrainian Canadians that have been sending thousands of dollars worth of supplies back to their home country.

Russia says the U.S. is making bioweapons in Ukraine. Here’s the reality

“The best way to help is financial donation, but if people would like to donate stuff — any tactical stuff, used ones included, and medical supplies for field medicine is needed. We also need people to help with their time as well,” said Storozhuk.

The rally started in Kelowna, then journeyed to Vernon for a second rally at Polson Park, where dozens more Okanagan residents gathered in support.

The group is also hosting a yard sale fundraiser at the Ukrainian Catholic Church in Kelowna on Sunday, March 20th. 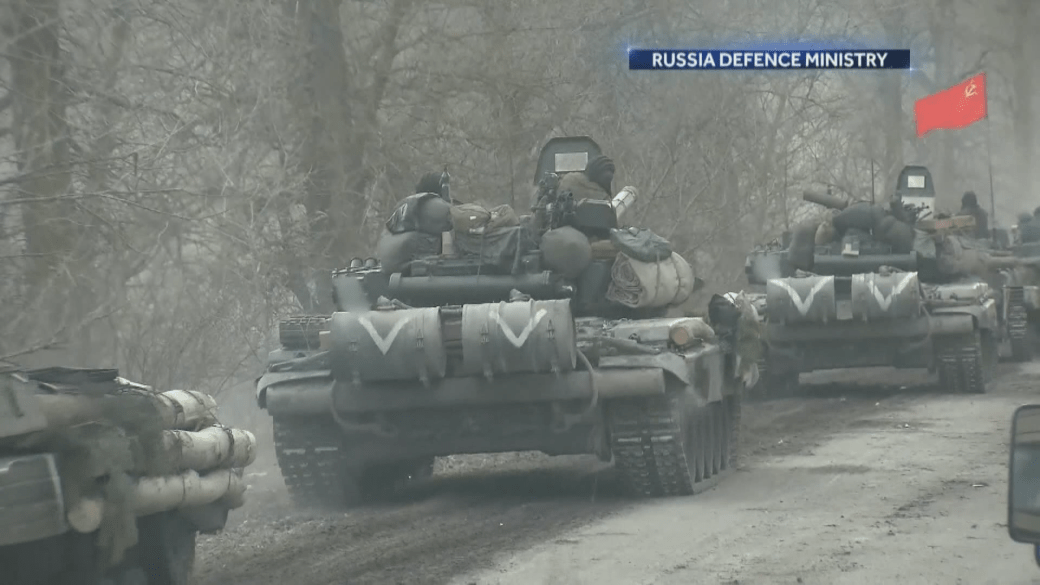