A hiker’s nighttime rescue on Crown Mountain in North Vancouver is drawing attention to a limitation that currently exists in British Columbia’s rescue rules.

Dr. Jason Clement was scaling the mountain last week and was about three quarters of the way up when he dislocated his shoulder and became stuck in a crevice.

“I probably didn’t do as much homework as I should have because it was a little more exposed and technically challenging than I thought it would be,” he told Global News.

“It was technically difficult enough that I wasn’t going to be able to climb up with one arm. I realized at this point I would need help to get off the mountain.”

‘They did the right thing’: North Shore Rescue airlifts injured dog to safety

As a medical doctor, Clement was able to pop his shoulder back into place. He yelled for help and was heard by another hiker higher up on the mountain who was able to alert North Shore Rescue.

The rescue service sent up a helicopter and found Clement with night vision goggles and the light of Clement’s cellphone, which had just one per cent of its battery left as he waved it from a narrow, vertical seam in the rocky terrain.

Instead of dropping down a rope to extract him, however, the helicopter dropped down a bag of supplies. The rescue team was not authorized by the provincial government to do helicopter hoists by rope at night with night vision goggles. 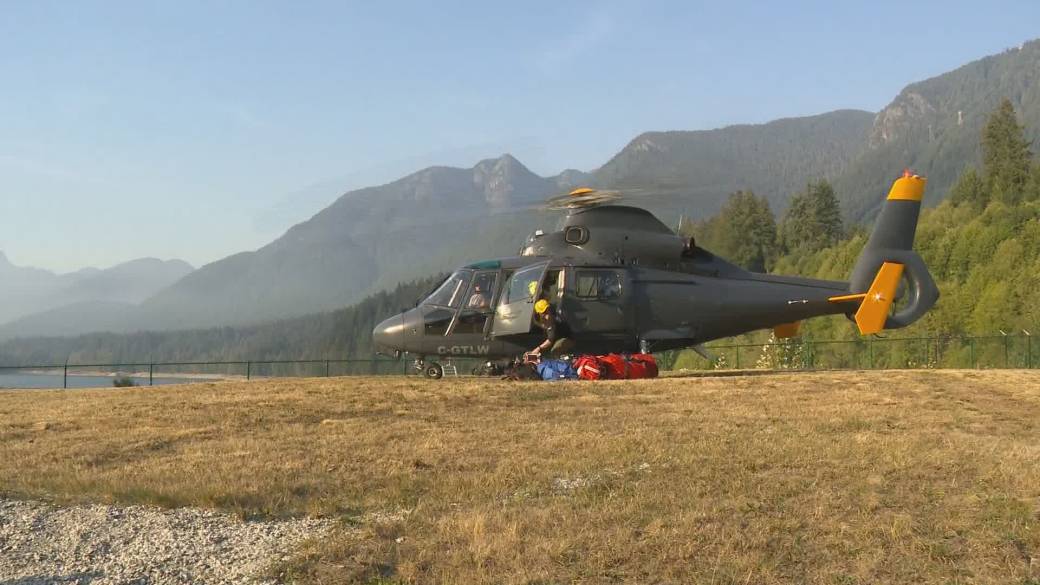 0:33
Hiker helped off Crown Mountain by search and rescue

Hiker helped off Crown Mountain by search and rescue – Sep 28, 2022

“I would have been fine until the morning, but if any number of other variables were present — if I had a head injury or a bad leg injury or it was raining or it was colder — those extra hours, I think, would be critical,” said Clement.

“The inability to lift somebody out in the dark could make the difference between being able to save their life and pulling out a body in the morning.”

Clement was rescued several hours later by a military helicopter — something it’s not designed to do in that terrain.

According to Mike Danks, North Shore Rescue team leader, rescuers have been trying to expand the services they can provide using night vision goggles for several years.

“When we started that project it was under the understanding that we would progressively develop our program and develop the calls that we went to,” Danks explained. “Initially we would start out with known helipads, we would then progress into going to hover spots.

“Over time we’ve built experience, we’ve built mileage and we’ve learned many lessons along the way.” 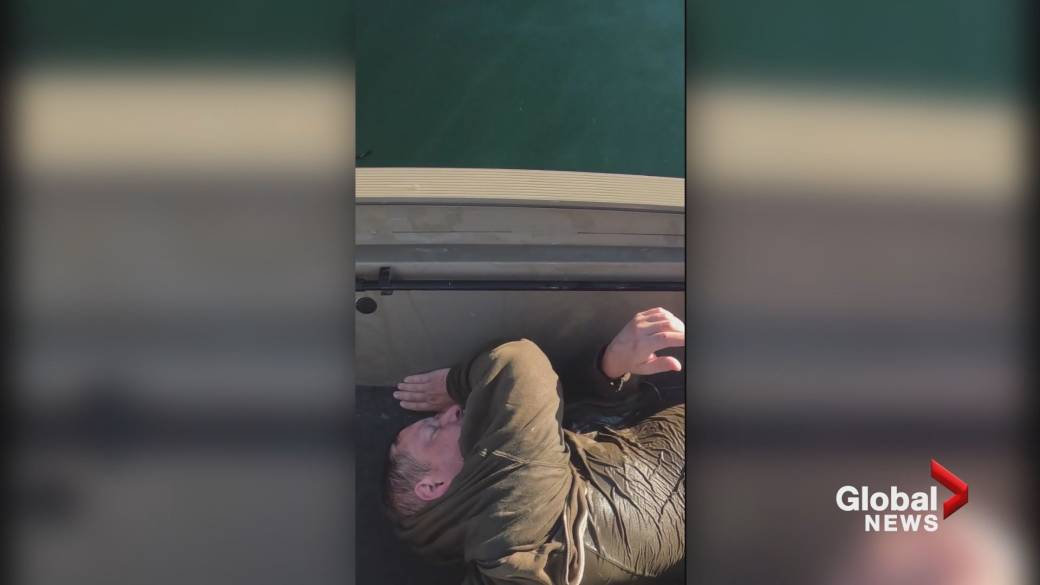 Since then, North Shore Rescue has reported to Emergency Management BC on its successes and expressed its desire to do night hoists. Danks said the team had come across several emergency situations during the pilot that required an immediate night hoist they couldn’t perform.

In the spring, he said the province committed to providing written feedback on the pilot, but it has not been received.

“We’re at the point now where again, we’ve had another call where someone was injured in the back country, at night, that required extraction. We are trained to do it through the regulator, Transport Canada, and we are not able to do it,” he said.

Public Safety Minister Mike Farnworth said Thursday the province is working with Transport Canada and is aware that search and rescue teams are seeking authorization for hoists with night vision goggles.

“I’m actually very supportive of it, but it will be the first of its kind in Canada and we want to make sure that it’s done right,” he told Global News. “I think we’ll get there.”

Farnworth did not provide a timeline, but Danks said time spent in limbo puts volunteers — and recreationalists at risk.

Without night vision lifts, volunteers must either go into the field and spend hours doing a highly-technical rope extraction in the dark or leave the recreationalists in place until morning.

“It’s a progressive approach and most importantly it’s the safest way forward for our volunteers who have dedicated their lives to this cause,” he said. Indigenous advocate asks AFN chiefs to ensure ‘no child is left behind’ in settlement – National | Globalnews.ca