As the cost of living continues to rise, low-wage earners in Nova Scotia are wondering what the next provincial government will do to help them survive.

A café employee in the Halifax area, whom Global News has agreed to keep anonymous to avoid compromising his employment, makes $13 an hour, which is five cents above the province’s minimum wage.

The worker, who identifies as queer, transgender and disabled, said he’s fortunate to have a partner who makes more money than him and a supportive family network.

“I feel like if I didn’t have those supports, I probably would not be particularly comfortable, but I’m lucky to be in the situation that I am,” he said, noting that many people in the LGBTQ2 community do not have the kind of family support that he does.

“I’m currently comfortable, but I could easily not be if something were to happen in my living situation.”

According to Hailie Tattrie, an organizer with Fight for $15 and Fairness Halifax, these precarious environments are common among people who make less than a living wage in Nova Scotia, which the Canadian Centre for Policy Alternatives estimates to range between $16.18 and $21.80 an hour.

Tattrie says she’s fortunate to be making above minimum wage, but through her work, she’s spoken to people fighting to make ends meet on less $12.95 an hour.

“So many people I know — people my own age, people who are older — have moved back home during the pandemic. The minimum wage wasn’t high enough before COVID-19, and it sure as heck isn’t high enough now,” she said. 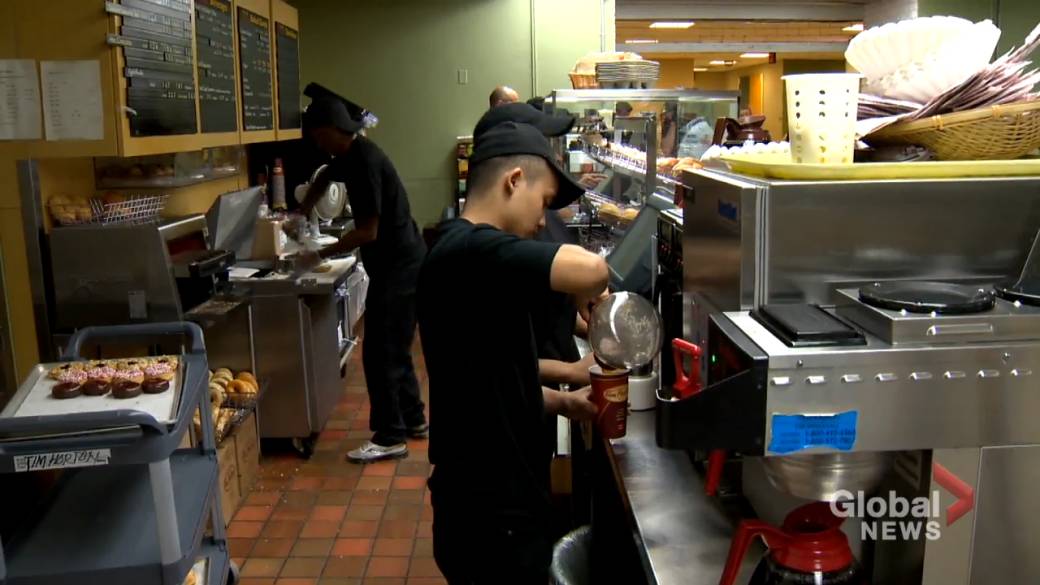 Another part of the issue is the precarious nature of minimum wage jobs: paid sick days are few and far between; many don’t provide full-time hours — so the employer can avoid giving workers benefits; and schedules are often inconsistent, which can make getting a second job difficult.

The idea of pulling oneself up by their bootstraps and working hard to get better opportunities is getting further and further away from reality, Tattrie said.

“It’s not as simple as, ‘Go get a better job,’” she said, noting that the education required to advance one’s credentials is out of reach for many people.

“Education is so expensive. Ridiculously so. It takes a lot of time, it takes a lot of money. A lot of folks aren’t privileged enough to be able to go get more schooling.

“And frankly, whether you are a neuroscientist or you’re getting me my coffee at a drive-thru window, you deserve a living wage.”

Even with better credentials, earning a higher wage isn’t a guarantee. The café worker who spoke with Global News graduated with a bachelor’s degree in January of last year and hasn’t been able to find a well-paying job — and he’s even seen jobs requiring a degree that pay about the same as what he makes now.

“I’m not using my degree and I have to drive three communities away for my job … and I’m still making $13 an hour,” he said.

“It’s kind of ridiculous just how hard it is to find employment, and when you can, whether or not you’re using your degree, you’re still making basically minimum wage.”

Ahead of the 41st Nova Scotia election, Tattrie is encouraging voters to think about the issues that matter to them and research which party’s platform aligns with their views.

“If these are issues that matter to you, which I do believe they matter to many Nova Scotians, myself included, you need to take that into account when you go to the polling stations on Aug. 17,” said Tattrie.

The Progressive Conservatives, meanwhile, have focused most of their campaign on improving access to health and mental health care, while the Liberals have not yet released a platform but have promised spending on child care, infrastructure and clean technology. 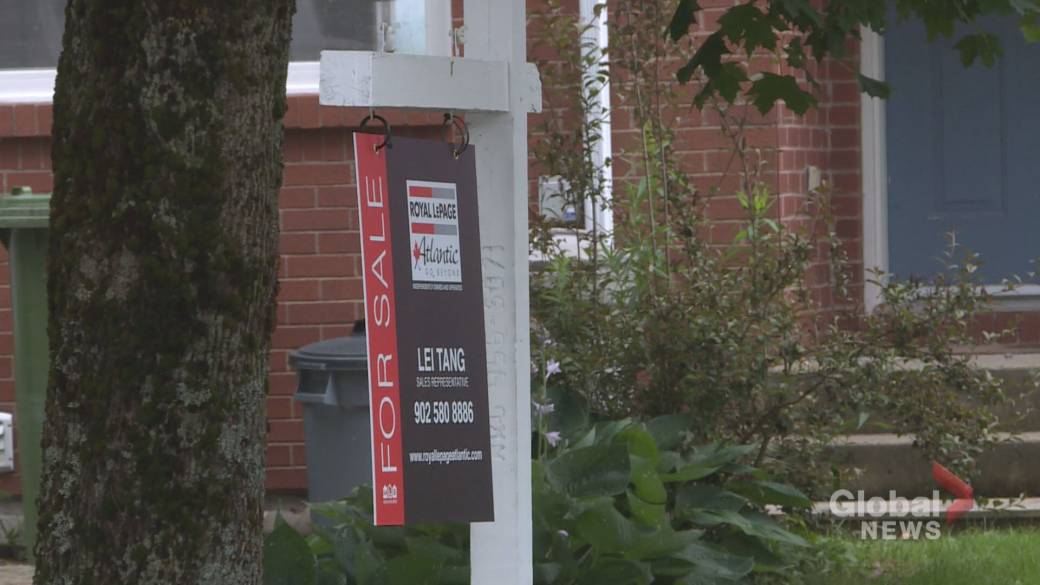 According to Lars Osberg, an economics professor at Dalhousie University and a research associate with the Canadian Centre for Policy Alternatives, it’s been hard to nail down one dominating issue during this election.

“The Liberals clearly want to get re-elected, and they’re having (the election) in the summer when people aren’t paying a lot of attention, and it’s a very short campaign,” he said.

“So there hasn’t really been a defining policy issue emerge, at least to my perception.”

While most of our lives have been consumed over the last year and a half by the COVID-19 pandemic, more people are vaccinated now and there’s hope of a return to near-normalcy in the future.

But with the pandemic itself in the rearview mirror, many of the pre-existing issues exacerbated by COVID-19, such as out-of-control housing prices, remain.

“And those problems are going to come back on the agenda with a vengeance in the next couple of years,” Osberg said.

Essential, low-wage workers, in particular, who were once hailed as “heroes” and told flowery platitudes like “we’re all in this together,” are now being left in the dust, he said.

Some grocery stores brought in a so-called “hero pay” wage bump in the early days of the pandemic, which they discontinued only a couple of months later, even though COVID-19 cases continued to rise and hopes of a vaccine were still far off.

“Those low-wage workers aren’t any less essential now than they were back a year ago, when we were in the first lockdown phase, but they’re not getting paid to the same rate, and they still face the problem of how they buy their own groceries, how they pay their own rent,” Osberg said.

While some critics say a higher minimum wage would lead to layoffs and more unemployment, Osberg said most research suggests that’s not the case.

According to a report he wrote in April, research shows there is no clear indication that there are higher unemployment rates in places with higher minimum wages.

He added that a higher minimum wage would only have a “really small impact” on the general cost of living, which has already been rising regardless of wages.

“I hear a lot of folks argue, ‘There’s no point in raising the minimum wage because the cost of living will just go up,’” she said.

“Well, I hate to break it to folks, but the cost of living has been going up exponentially for years. The minimum wage just hasn’t been matching it.”

The province is currently reviewing its approach to minimum wage, with a report expected by the end of the calendar year.

The most confounding missing children’s case in Canadian history 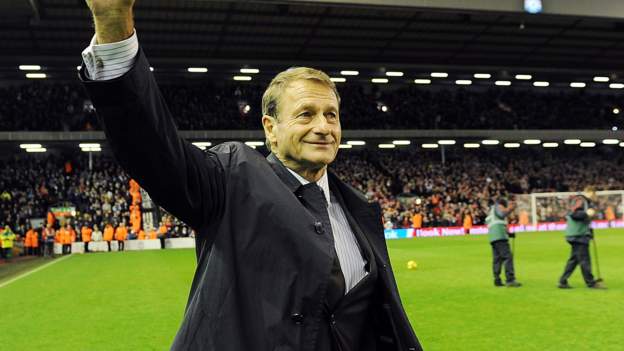 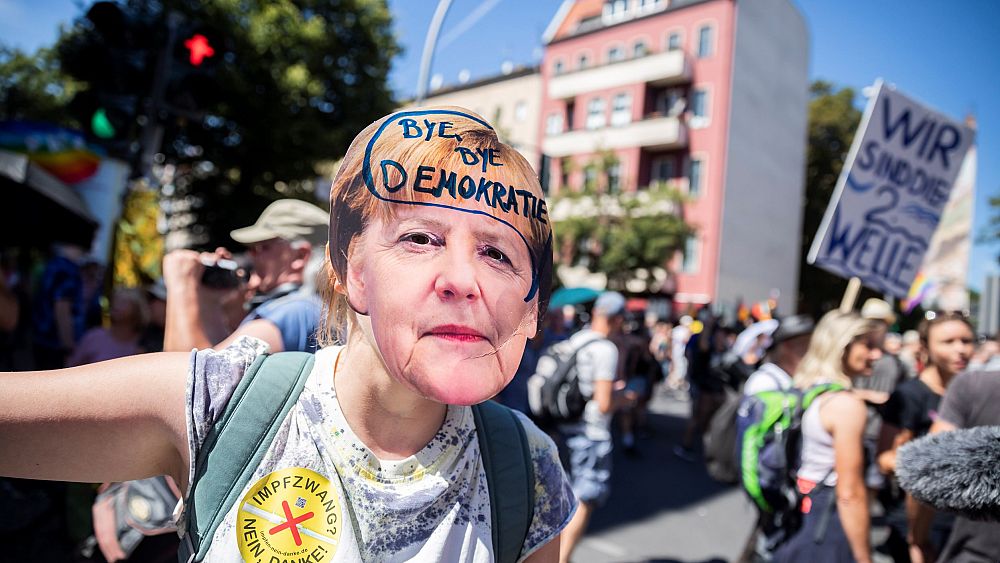 Man who opened fire in Tennessee Kroger was asked to leave his job the morning of the incident, police say
2 mins ago 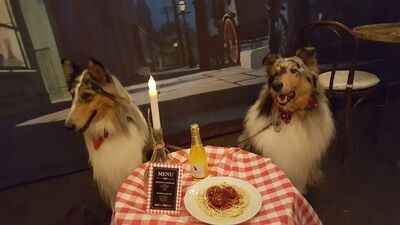 This Old Dog
4 mins ago