After nearly 30 years, the Salvation Army Kettles will no longer be in front of BC Liquor Stores.

The decision came as a surprise to the Kelowna Salvation Army, as there are almost 150 shifts scheduled of bell ringers to go to the Lakeshore Road liquor store location.

“It’s a little disappointing that we’re not able to be there anymore because they were a good source of revenue for us. But we are looking forward to finding some new locations that will do well,” said Kelowna Salvation Army Major Mark Wagner.

“It happened to us a little unexpectedly, we weren’t at the table for those discussions. We found out about it even after our kettle program started.”

Global BC supports The Salvation Army: Fill the Kettle Campaign

The BC Liquor Distribution Branch, which operates BC Liquor Stores, said with two in-store campaigns already running during the holiday season, they did not want to overwhelm customers with another fundraising activity.

“BCL is running an in-store fundraising campaign in support of Food Banks BC throughout the holiday period, from November 12 to December 31,” said the BC Liquor Distribution Branch in a statement.

“BCL’s Share-a-Bear program, which runs every holiday season, is also currently underway. As part of this program, BCL customers are asked at the till if they would like to purchase one bear to take home while its twin is donated by the store to a shelter, hospital, or other worthwhile charity in their community.”

BC Liquor, the statement added, was already fully committed to these campaigns by the time The Salvation Army applied to use their stores for collections.

“We’ve really appreciated that relationship with the liquor stores over the years, but we will miss that,” said Wagner. 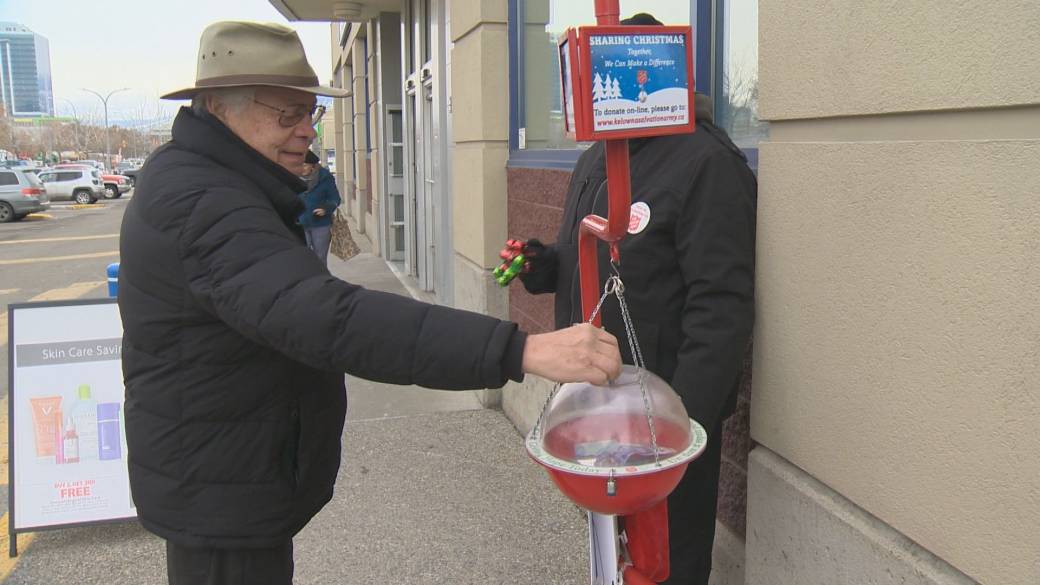 1:50
A Kelowna senior still going strong after volunteering for the Salvation Army for 65 years


Although it’s a loss for the Salvation Army, the organization says they are pleased that the BC Liquor Store campaigns will help support local food banks as the need continues to grow.

“We’re very grateful to BC Liquor Stores to be supporting us this holiday season as we try to meet the increased need within our community,” said Central Okanagan Food Bank communications and engagement coordinator RayAnn Gruza.

“Right now, we are currently building 3,200 Christmas hampers, so the need is definitely there, and we are feeling that, and we appreciate all the support that we can get right now.”

This year, the Central Okanagan Food bank is serving 25 per cent more people than this time last year.

“We believe there are still more people out there that need our support and haven’t accessed it. It is a lot of students, people on a fixed income as well as low wage earners,” said Gruza.

“The increased funds will help serve the increased need within the community and ensure that we are providing our clients with nutritious food and just meet the need.”

The Salvation Army is expecting to take a hit without those particular locations, but the Central Okanagan Food Bank says local agencies support each other when needed.

“We do work with 48 other partner agencies within the community and Salvation Army is one of them. We provide food to the Salvation Army, Kelowna Gospel Mission, Supportive and Transitional Housing, Kelowna Friendship Society, just to name a few,” said Gruza.

“When people support us, they are also supporting others in the community as well.”

Starting Dec. 1, kettles can be found in front of Urban Fare, not far away from the nearby liquor store. 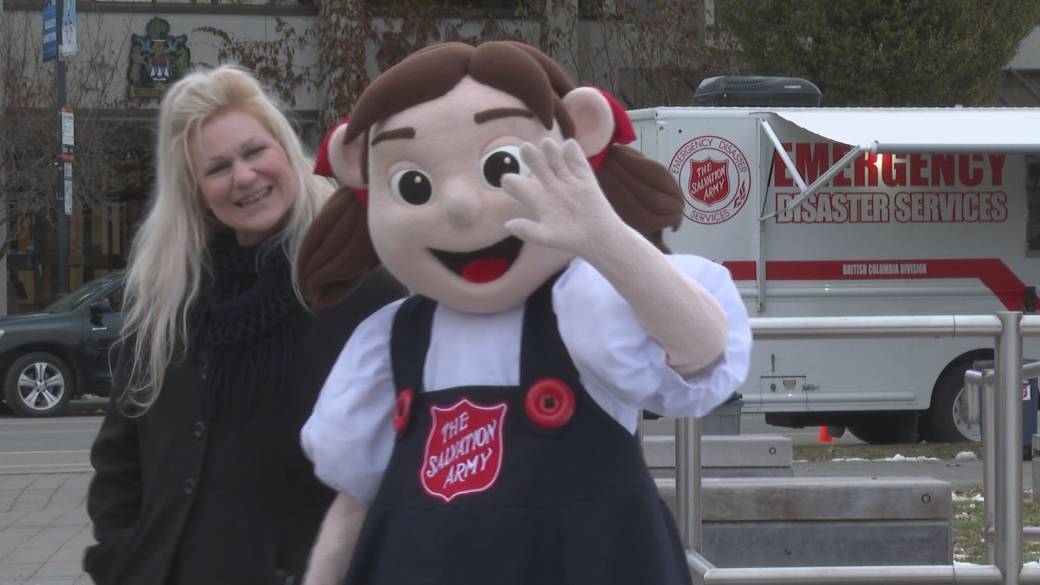 2:20
Demand for Christmas hampers soars in the Central Okanagan amid inflation pressures How more than 100 women realized they may have dated, been deceived by the same man