Kelowna’s north end neighbourhood is alive this weekend as hundreds of spectators from across the region gathered at Kelowna’s Knox Mountain.

It’s the grand return of the annual competition as it hasn’t taken place in over two years.

“It’s an amazing turnout. I think there’s been a lot of pent-up demand and desire to get out into the community, both in terms of coming out here, watching and participating,” said Bryan Fulton, the head organizer of the event.

Spectators of all ages were out enjoying the nice weather and of course, some fast cars.

“We’ve been living in Kelowna for more than ten years and we’ve actually never been to this event, so just enjoying the weather and checking it out, lots of fun, blew away my expectations actually,” said Kelowna resident Nuri Fisher.

“It’s very great to see it on again. My dad started bringing me here in the 60s, so my son is coming here with me and he’ll have to carry on the tradition as he’s got a daughter on the way,” said Kevin Edge, a Summerland resident.

David Neveaux, a competitor from the Lower Mainland has been coming for more than 20 years. He says the history of the event is what keeps him coming back.

“It’s been running for over 60 years, and it used to be gravel,” said Neveaux.

“Some of the great Indy drivers and Nascar drivers used to compete here. There’s a lot of history here, and it’s a pretty big deal for a lot of people.”

The event runs all weekend. 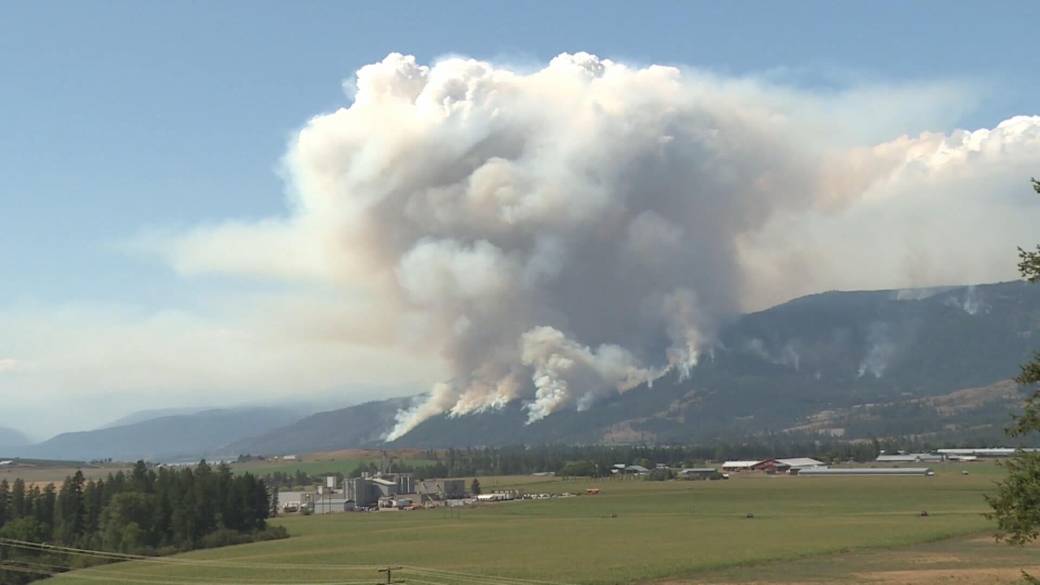