A former Conservative Senate leader is expressing concern about the direction Pierre Poilievre is taking the party, worrying the Tories might be reaching the point of “fracturing beyond repair.”

In an exclusive interview with The West Block’s Mercedes Stephenson, Marjory LeBreton said Conservative leadership candidates jumping on the “grievance brigade” is doing a “disservice” not only to the party but to the country.

On a more existential point for Conservatives, LeBreton – who served as an advisor to Stephen Harper and later his point person in the Senate – said she fears the relatively young coalition may not be able to hold together.

“I really fear that the great accommodation that was reached between (then Canadian Alliance Leader) Stephen Harper and (former Progressive Conservative Leader) Peter MacKay in the fall of 2003 is fracturing beyond repair.”

LeBreton was explicit about what caused her the most concern: members of the party embracing the convoy protests that paralyzed downtown Ottawa for weeks and blocked multiple Canada-U.S. border crossings.

The former senator said “law and order” is a “cornerstone” of modern Conservative politics.

Conservatives can’t say blockading the City of Ottawa is “okay, but it’s not okay for some other group to block a railroad.”

“The whole idea of wrecking a cornerstone of conservatism in law and order … really, really upsets me.” 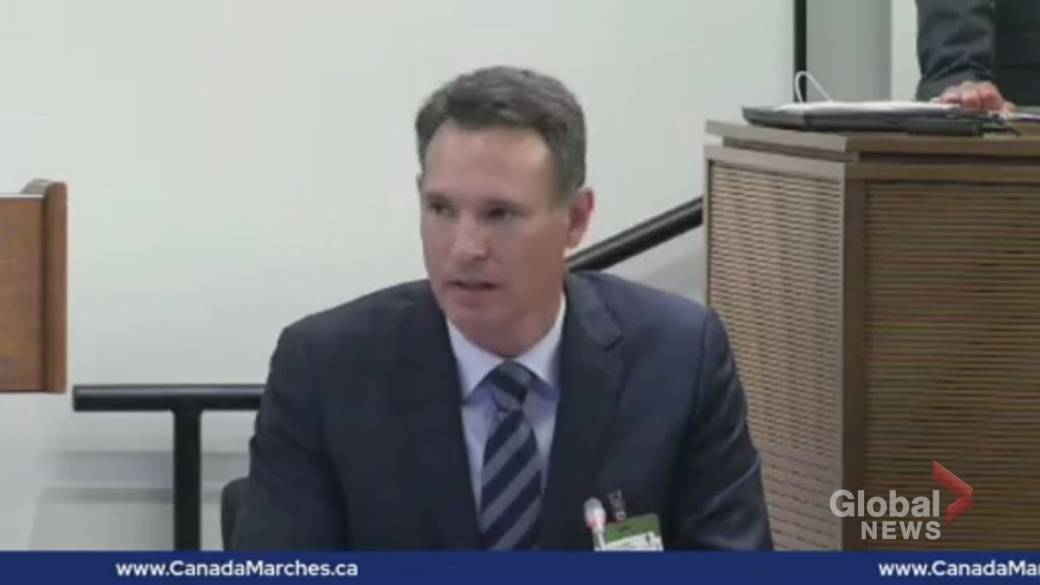 LeBreton is one of the most high-profile Conservative figures to criticize her own party for their embrace of the convoy protests, but she is by no means alone. Multiple Conservative sources – both on leadership campaigns and on the sidelines – have expressed concern about MPs and the broader movement cheering on what was deemed an illegal “occupation” by police.

But LeBreton has also known leadership candidate Pierre Poilievre – the odds-on favourite to lead the party into the next election – for many years. She told Global News she resigned from Poilievre’s Carleton riding board of directors over his repeated support for the convoy crew.

“You could easily tell this was not going to end well,” said LeBreton, who said she felt like she no longer had a home in the Conservative party she had a hand in building.

Global News requested an interview with the Poilievre campaign to address LeBreton’s comments. The campaign did not respond.

Even by the standards of Conservative leadership races – the party has held three in the last five years – the current race has been seen as particularly nasty. Poilievre by no means has had a monopoly on personal attacks, but his barbs against former Quebec premier Jean Charest and Brampton Mayor Patrick Brown have been particularly pointed.

LeBreton – who has joined a conservative advocacy group called “Centre Ice Conservatives,” advocating for the party to take a “centre-right” position – said the leadership contest should be focused less on personal attacks.

“People want an alternative (to the governing Liberals) and we have a chance to provide them with an alternative,” said LeBreton, who noted she’s not working on any leadership campaign.

“We have to be electable. We have to win an election in order for any of the issues that we care about to be addressed.”