Fiona came as advertised in eastern Quebec, with the post-tropical storm bringing flooding, damage and debris to Îles-de-la-Madeleine and Gaspé regions Saturday.

Premier François Legault told a briefing in Quebec City that so far there have been no deaths or injuries reported due to the dangerous storm that has caused considerable damage in Atlantic Canada.

Îles-de-la-Madeleine was the hardest hit part of Quebec, where a state of emergency was declared Friday evening and will remain in place. Roads remain closed on the island, trees have been uprooted and hydroelectric poles have been downed.

High winds and storm surge Saturday morning caused much of the destruction, with breaks on the Hydro-Quebec network resulting in power outages and damage to buildings near the coast. Îles-de-la-Madeleine will also experience some coastal erosion due to the waves, Environment Canada said.

“There are many obstacles in the way, there are trees, there are stones, there are debris that have flown away,” deputy mayor Richard Leblanc said Saturday. “There are overflows, floods. You are asked to avoid any travel.”

Local officials also asked residents to limit their use of drinking water due to electricity problems on the island as a precautionary measure, Leblanc said.

Municipal officials will have a better idea of damage when they tour the area on Sunday, said Leblanc. He said twenty-two people were forced from their homes while another six had found shelter with others.

Legault said the province will offer financial help to people who have suffered material losses but says the important thing now is people are safe.

“I still want to reassure Quebecers who live there: we will make sure to have a program to make up the difference, for everything that is not insurable by regular insurance,” Legault said.

One of two underwater telecommunications cables linking Îles-de-la-Madeleine to the mainland — dubbed COGIM 1 — was also damaged Saturday by the storm.

“According to our telemetry, it is 14 kilometres from the shore that there seems to be a break,” said Nicholas Payant, vice-president of connectivity and reliability at Bell.

Payant said service is continuing and the second cable has taken over. Generators have been deployed where there has been a loss of power to ensure telephone and cellular service.

The cables are managed by non-profit Réseau intégré de communications électroniques des Îles‑de‑la‑Madeleine and are 225 kilometres long, connecting the islands to Gaspé. In the event the second cable is damaged, a microwave link with Cape Breton would take over, Payant said.

This microwave communication link was set up by Bell and the Government of Quebec last year.

In 2018, the island was completely cut off from the outside world after heavy winds and rough seas knocked out both fibre optic cables that connect the islands’ telecommunications services to the mainland.

Earlier Saturday, about 7,500 people were without power in Îles-de-la-Madeleine and Gaspé, a number that had dropped to 4,100 later in the day but one that utility officials said was in constant flux.

According to the latest Environment Canada bulletin, the system should head north overnight to reach the province’s lower North Shore. 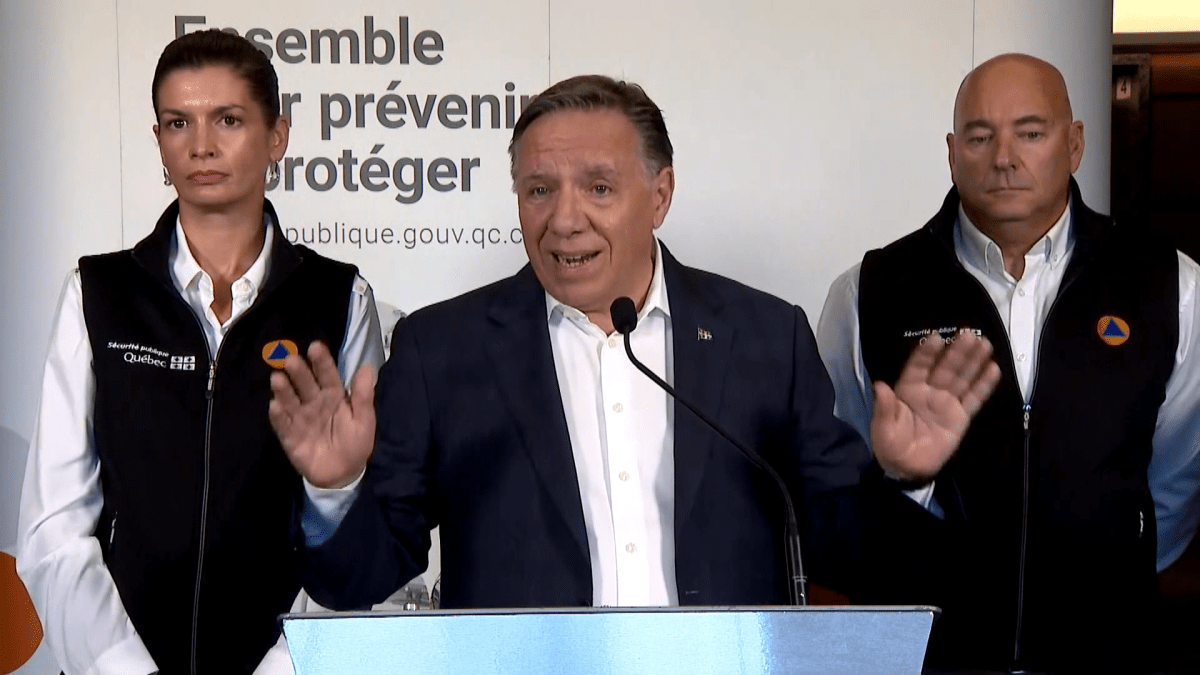