Electric cars may be the future of transportation, but plenty of old-school wheels are on display in the South Okanagan this weekend.

After a two-year hiatus, the Peach City Beach Cruise returned. The three-day event began Friday and wraps on Sunday.

Between 700 and 800 cars — from old to new and everything in between — were lined up in Penticton on Saturday.

According to organizers, the annual event is western Canada’s premier three-day car show. It draws thousands of people.

The first cruise took place in 2001 and featured 250 vehicles.

“It’s stuffed with people and everybody’s having a great time. The weather is absolutely perfect and we have a million things going on.” 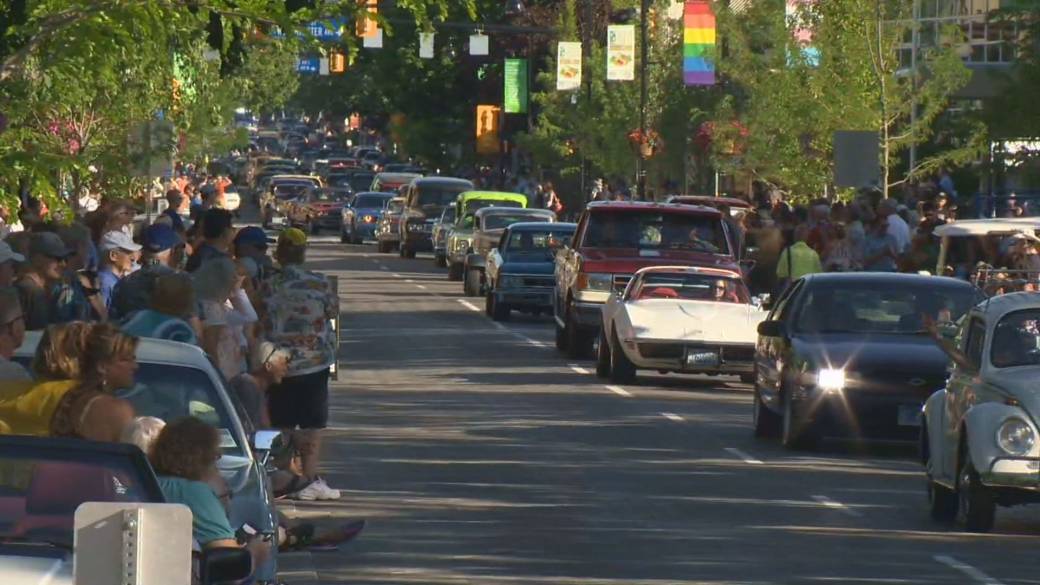 Asked what makes the Beach Cruise so popular, Wood said “I think people just like looking at cars. Old cars, new cars … people have always had a fascination with cars because they represent freedom and so many other things.”

For more about the Peach City Beach Cruise, visit their website.