“We’re trying to prove basically to Lori Carr, the Minister of Social Services, that people are houseless and that the SIS program is a failed program and it should be scrapped,” said housing security advocate and organizer Payton Byrne, who led the walk from Carmichael Outreach to the Income Assistance office on Broad Street.

“They don’t get enough for rent, and on top of that they took away direct pay to landlords, meaning that rather than the payment going directly to the landlords, to make sure their rent is paid, they’re receiving a quarter of what their rent should be and they’re expected to pay for everything and get it to their landlords as well.”

With a recent increase to rates announced in the 2022-23 budget, a single adult on SIS living outside of the Northern Administration District will soon receive a maximum basic adult benefit of $315 plus a shelter benefit of $600 if living in Saskatoon or Regina (rates differ if the client lives outside of these major urban centres).

Various other benefits are available through the SIS program for clients determined by the province to be facing specific challenges.

But Byrne maintains the increase is far from enough to ensure housing stability for SIS clients.

“A dollar a day is honestly a slap in the face when you’re asking to have a roof over your head. It doesn’t do anything except for allow them to say ‘we did something’.”

The Saskatchewan opposition has also been critical of SIS in recent months.

Social Services Critic Meara Conway, who penned a report on the program earlier this year, renewed her criticism at the legislature Monday.

“I think it’s sad that people are having to take to the streets to demand a change to the program. I think it shows that people are losing faith in the minister,” Conway said, adding that the increase ‘won’t go far enough’.

“Those rates are expected to cover utilities, and under the previous program people had their utilities covered in addition to shelter amounts, so it represents in some people’s cases, cuts of upwards of hundreds of dollars, because they’re no longer having those rates directly covered.”

In her January report, Conway cited Saskatchewan Landlord Association (SLA) data suggesting 31 per cent of all SIS clients had not paid rent for the month of September, and that another 18 per cent were in arrears.

To further strengthen her conclusion that poverty and housing insecurity are on the rise in Saskatchewan, Conway also cited preliminary findings of the 2021 point-in-time homelessness count conducted in Regina in September.

The study’s preliminary report shows roughly 71 per cent more people were observed to be experiencing some form of homelessness than when a similar study was done in 2018.

“I have heard from nearly every community-based organization within the homeless serving sector that there has been a drastic increase in the number of people experiencing homelessness; more clients saying they have been staying on the street, and an increase in clients with greater depth of needs,” the coordinator of the project Addison Docherty told Global News in December.

Conway also pointed out that those on SIS are not eligible for the Saskatchewan Housing Benefit, and cites the closure of the Saskatchewan Rental Housing Supplement, which provided marginalized residents with up to $336 in additional shelter benefits before SIS began, as “the most significant cut of all”.

In response to the criticism, Carr pointed out that the overall increase in new investment in SIS totals around $14 million.

“But I think with the increase that we made, it’s another step forward … and we’ll evaluate as we go forward.”

In response to the calls for a return to direct-to-landlord payment, which was a feature of previous income assistance operations, a change made in November to accommodate for some direct payments has been well received.

“We do find that the majority of clients on the SIS program do pay their bills themselves,” she said.

“And we do need to consider that this is not a whole income approach, this is not the only money that these people necessarily believe. So we work with all of the clients on an individual basis and take it from there.”

Carr has also repeatedly referenced the Maytree Report in saying that Saskatchewan income assistance rates “are amongst the highest across Canada.”

Byrne, meanwhile, said she plans to continue to evaluate as well, no matter how many marches through the streets that might mean.

“We know her pretty well at this point so we’re not expecting her to walk out of the legislature tonight and say ‘here you go! Livable wages,’” she said.

“But I am hoping that it makes her think, and maybe she’ll just sit down and start making plans. That’s honestly all we want, we just want her to sit down and listen to people.” 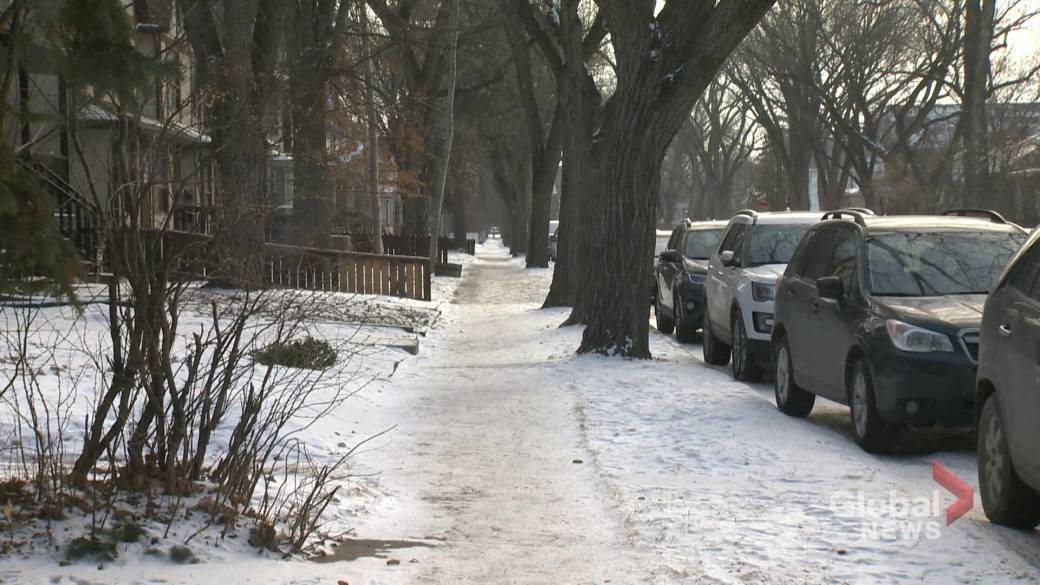