A staff report to Halifax Regional Council has chosen four municipal parks where people experiencing homelessness can set up tents.

According to staff, the sites — located on the Halifax and Dartmouth sides — would allow “30+ people to sleep rough in the community.”

“This is more than the number of persons currently identified by staff as sleeping rough in municipal parks,” reads the report, which is set to be presented to council on Tuesday.

“Based on the April 2022 Point in Time Count, while there are more people than this sleeping rough in the community, many are not sheltering in a park space.”

But outreach programs, including those who worked on the Point in Time Count, have said it was important to remember many homeless individuals weren’t counted and that the number of people finding housing is constantly changing.

From the Point in Time count, a snapshot of who was experiencing homelessness that day, they found 91 unsheltered persons in tents, encampments on public land and places unfit for permanent human habitation.
This HRM report proposes spaces for 30+ people in 4 locations.

The staff report from Parks & Recreation says the Halifax Regional Municipality is “in a housing and homelessness crisis.”

“There are approximately 200 shelter beds in Halifax and, as of May 31, 2022, 616 people on the By Name List who are currently in need of housing. This number is generally considered to be an under-representation of the number of persons in the municipality who are struggling to find safe and affordable housing.”

The staff report points out “additional housing supports” are being brought in over the next year, which would provide 292 new units.

The report states people have been “sleeping rough” in the municipality for years, but that recent years have seen a “dramatic increase” in the number of people experiencing homelessness and seeking shelter in municipal parks and other outdoor urban spaces.

Halifax homeless population at almost 600, with ‘a lot of people’ missed: survey

“While overnight sheltering outdoors should not be considered a solution to housing options, in the situation in which the municipality currently finds itself, designating spaces in parks was proposed as a short-term option to manage a situation where outdoor sheltering is already occurring,” the report reads.

In early May, council directed staff to formalize criteria and locations for designated sheltering sites, while removing the one-night options that would only have allowed tents from 8 p.m. to 8 a.m.

“If somebody doesn’t want to leave at 8 a.m. and have nowhere to go in the first place, where are they going? Are they going to be going around the corner waiting for the compliance officer to leave? It’s a touchy situation,” said Coun. Iona Stoddard, who represents District 12, at the time.

Why having certain parks for unhoused people in Halifax ‘misses the point,’ expert says

The report says the only bylaw allowing people to sleep on municipal land is Municipal Parks Bylaw, P-600. Generally, people are prohibited from camping in parks, unless with permission from the executive director of Parks and Recreation.

Several factors were used to choose the spots, keeping in mind some areas might not be suitable for multi-night stays.

Consideration was also given to how close each location was to public washrooms, public transit and potable water, as well as how safe and private each area was.

Each site would have enough space to set up four tents. The report stresses that permission is only for tent camping and that sheds would not be permitted.

The report adds that if the need arises, staff will consider adding more sites.

The report says it is vital for the municipality to work with outreach programs to assist those experiencing homelessness.

Some hotel stays for homeless in Halifax ending: non-profit

The report notes that the approach should begin with having compliance officers speak to anyone who is breaking any rules and possibly connect people with a Street Navigator or outreach worker. As a final resort, the report states, “should the non-compliant behaviour persist, HRP (Halifax Regional Police) may be engaged.”

Police response to the municipality’s homelessness population has been highly criticized — from the eviction of people from homeless encampments to the dismantling of crisis shelters. 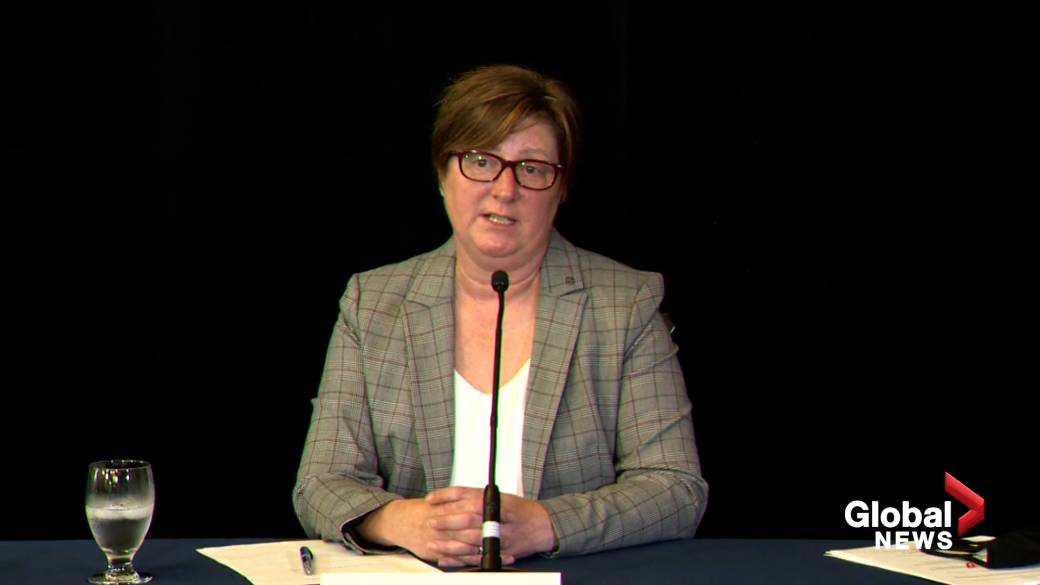 Staff are also proposing, in the short to medium term, to create a “dedicated park patrol.”

“Having a dedicated park patrol would allow the municipality to recruit and train with a view to having compliance officers that are heavily focused on a restorative approach and who could develop expertise in working with people experiencing homelessness.”

The report ends by noting that funding for the designated sites, which includes salary and training for a supervisor and two compliance officers, can fit within the approved emergency housing funding for 2022/23.