Emerald Park Emmanuel Villa residents and staff are sharing their sadness and confusion as the Saskatchewan Health Authority (SHA) begins moving residents out of their home.

In 2019, a shortage of long-term bed space and urgent need to move residents out of Pioneer Village led to the SHA partnership with private care homes including Emmanuel Villa. The pilot project began in February 2020.

Villa staff, residents and families say the reasoning for the rehoming of the seniors is unclear. As of Tuesday, 17 residents had already been removed from the facility.

Elizabeth Barth, 73, has been a resident of Emmanuel Villa since Jan. 29, 2021, and says she has has grown to love the staff and facility.

She’s expressed confusion regarding the move. “But why, it’s beautiful, what do they want to do with it? They said they could take me any day. Everything is kind of up in the air.”

Barth was told that she will be moving by the end of the year and is frightened by the uncertainty of the SHA’s plans.

Residents and their families say the care provided at the facility is not at fault for the move.

Jack Sailor, son of a two-year resident at Emmanuel Villa, says his mother wants to stay. “We find Emmanuel Villa is an excellent home, they take very good care of my mother, she is happy there, she likes all the employees. We would really like to keep her where she is.”

Sailor said that his mother’s health has significantly improved since she was moved from her last place of residence to the Villa.

“We have had no explanation of the necessity of this move, and we have visited some of the alternative respective places and we are at a loss. We don’t understand whose interests are being served here.”

Sailor said they have been threatened with punitive sanctions if his mother refuses to move.

“If we don’t accept Sask. Health’s terms or go to the placement that they are pushing for, we will be cut off from services and left without subsidy or support for long-term care.”

Terry Murphy, whose 94-year-old mother is a resident at the Villa, says the little information they have received from the SHA makes little sense.

“I’m not really sure what the reason is behind everything. They say there is a shortage of beds in Regina, but they want to close down the government-assisted beds in Emerald Park and move them all to Regina. That doesn’t really make a lot of sense. They say it’s for the convenience of the patients, but it is more convenient for me to have my mother closer to where I live than have her moved to the city.”

A move will require residents to learn new routines and form relationships with new staff members, tasks that can be stressful and tiring for some seniors. For most of the residents, Emmanuel Villa is not their first care home and they have already been moved between several facilities.

Yvette Clarke-Hall, one of the lead care-aids at Emmanuel Villa, says that she is a voice for her residents and is encouraging them to stand up for their rights to long-term care and to fight for the home they are in. On behalf of her fellow staff members, she questions the actions of the SHA.

“Why are they doing this to us? I’m asking them please, please consider the people who are genuinely doing this job. It’s not about the money, but for the passion that we have for caring for people. Please just hear my voice.”

In a statement to Global News, the Saskatchewan Health authority said: “On Sep. 28, residents and families were made aware that the LTC pilot at Emmanuel Villa would be ending and residents would be offered transfer, with transportation costs covered by the SHA to other homes in Regina or their preferred home if space became available.

“We are working with the home, residents and their families or support persons to provide clear and transparent information to enable them to make choices freely around their future care.

“All long-term care residents have the choice to accept the placement offer in another home or remain at Emmanuel Villa at an unsubsidized cost.”

Despite the discontent expressed by Villa staff, residents and families, the SHA said they are focused on putting the needs of residents first. 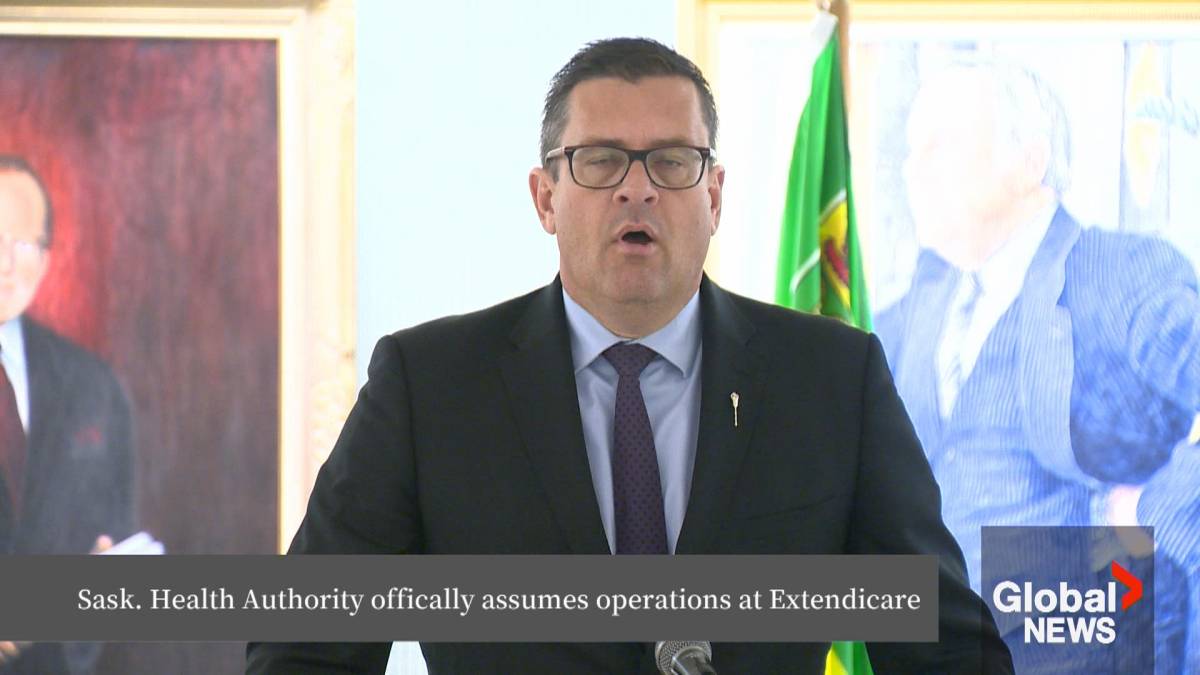