Days after dozens of Canadian soldiers from CFB Edmonton boarded a plane to Poland to help with the Ukraine refugee crisis, some in Edmonton’s Ukrainian community are feeling a sense of gratitude and hope that this show of support could lead to a bigger effort.

Andriy Tovstiuk is no stranger to a military operation abroad. Three years ago, as a Ukrainian-Canadian serving in the armed forces, he was deployed to Ukraine where he worked as a linguist for Operation Unifier, the Canadian Armed Forces’ mission to support the security forces in that country.

Canadian soldiers headed to Poland to help Ukrainians: ‘This is what we trained for’

“The mission meant a lot to me, not only as a Canadian, but also as a Ukrainian,” Tovstiuk said.

After completing two rotations and ending his service, he returned to civilian life in Edmonton.

Now watching the war in Ukraine a world away, he said it’s difficult and hits close to home.

“This humanitarian crisis is becoming larger and larger as the atrocities committed against Ukrainian people by the Russians continue to escalate,” Tovstiuk said.

To help, on Friday dozens of Canadian Armed Forces soldiers flew out of Edmonton, bound for Poland to help with humanitarian operations.

‘I’m really glad that the government has recognized that there is a need to support these refugees in Poland and to deploy the forces to help them in any way that we can is really encouraging to see,” said Tovstiuk.

“The community really welcomes the 150 troops that Canada is sending to the Polish border. There’s a huge humanitarian crisis happening in Ukraine,” Alberta Stands with Ukraine volunteer Stephan Bociurkiw said.

The crisis hits close to home for Bociurkiw, as some of his family still in Ukraine may be traveling to Poland to try to come to Canada, joining a long line of refugees trying to so the same.

“Knowing that my family might be taking that journey… Knowing that the [Canadian] military will be there to support them, brings me some comfort and to them as well,” Bociurkiw said. 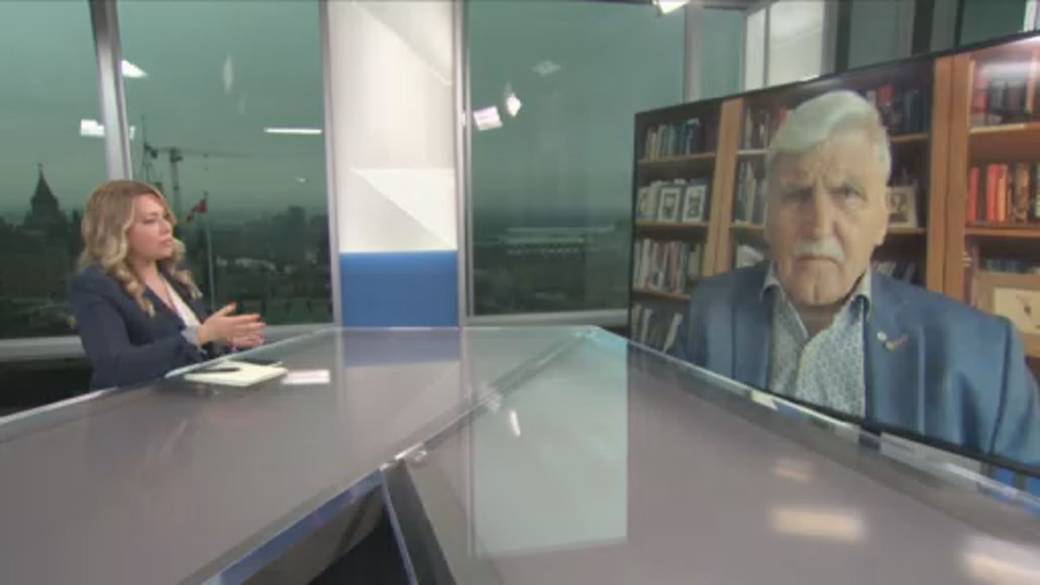 9:59Inspectors need to be in Ukraine to investigate genocide: Dallaire

Inspectors need to be in Ukraine to investigate genocide: Dallaire

A show of military support Bociurkiw and Tovstiuk said they hope won’t be the last.

“I look forward to further support from our federal government to help Ukraine finally win this war so they can live in peace and flourish as a nation,” Tovstiuk said.