The Edmonton Oilers scored late in the third and early in overtime to snatch a 4-3 victory from the Florida Panthers Monday night at Rogers Place.

“Not our A-game, but you’ve got to win games in this league with your B-game,” Oilers forward Leon Draisaitl said after the game. “It was a mature game.

“We didn’t force it, but with that being said, I thought we were solid defensively and didn’t give up much — sometimes you have to win these games too.”

“It was a muddy track out there this evening –both ways — and we had to find a way to muck through the slop of the game, so to speak,” Oilers head coach Jay Woodcroft said after the win.

The Panthers jumped in front before the game was four-minutes old. Matthew Tkachuk was left alone in front of Oilers netminder Stuart Skinner and had two cracks at the puck for his 10th.

“It was a weird one from our group,” Oilers captain Connor McDavid said after the game. “We were kind of lethargic, but we seemed to hang in there.

“We always talk about winning with your B- and C-game, and I thought for a large part of the night we didn’t have our game.”

McDavid had a glorious chance to tie it on a two-man advantage, but Panthers goaltender Spencer Knight shot out his right leg for the denial.

Edmonton Oilers rally in third for win over Rangers

The Oilers tied it up on the power play in the second.

“It’s a good ability to come back in games,” McDavid said. “You’re going to need to do that throughout the course of a year, but I don’t like that we’re having to do it this much.

“It goes back to our starts.”

After Florida failed to convert a three-on-two, Zach Hyman fired a long pass ahead to McDavid, who went to the backhand on a breakaway for his 17th.

The Oilers went ahead 5:18 into the third. Brett Kulak’s point shot caromed to Tyson Barrie, who tapped in his fourth.

“We’re missing four of our top nine forwards, and I thought the players that went in to take some of those minutes gave us everything they had and played a great game,” Woodcroft said.

The Panthers tied with 9:02 left when Anton Lundell knifed a pass past Skinner.

Panthers defenceman Brandon Montour then scored on the power play with 4:44 left. The Oilers challenged that Tkachuk had kept the play alive by contacting the puck with a high stick, but after review the officials ruled his stick was not above shoulder height.

With Skinner on the bench for an extra attacker, Oilers defenceman Evan Bouchard popped a shot past Knight to even it up with 4.4 seconds on the clock.

“It was kind of a sloppy draw,” McDavid recalled.

“(Draisaitl) dug in and gave us a chance, I kept it alive and I’m just guessing (Bouchard) is over there. Obviously Bouch doesn’t miss from there.”

Draisaitl flicked in a pass from McDavid on a two-on-one to end it 22 seconds into the extra session.

“I think we’ve put in two pretty solid games in the last two and come away with four points, and we’re looking to continue that,” Draisaitl said.

Knight made 36 saves while Skinner stopped 25. Hyman had three assists.

The Oilers (12-10) will play the Blackhawks in Chicago on Wednesday. You can listen to live coverage of the game on 630 CHED, beginning with The Faceoff Show at 6 p.m. The actual game starts at 7:30 p.m.

–With files from Brenden Escott, 630 CHED 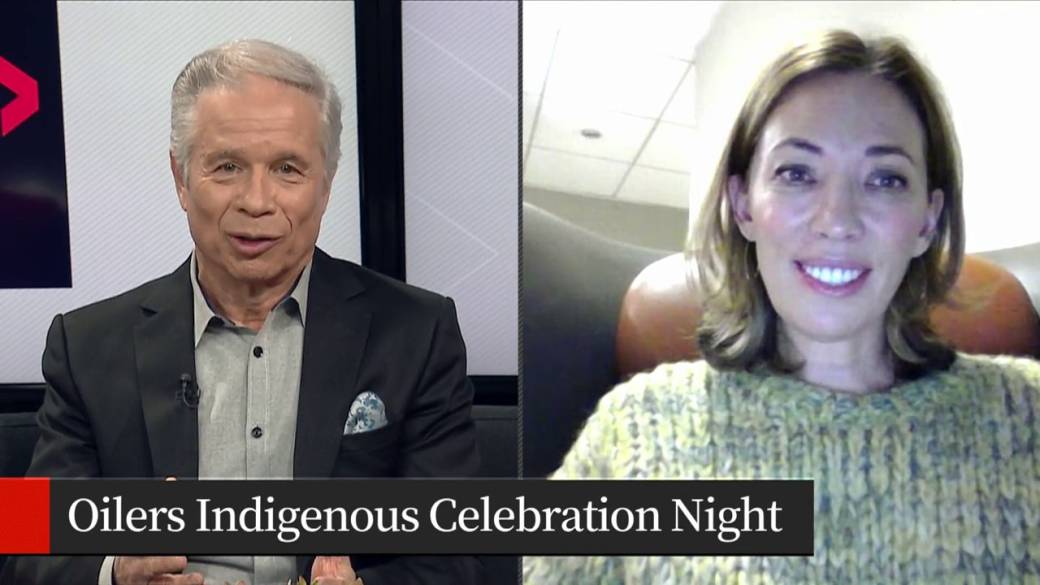