Former U.S. president Donald Trump has taken aim at Prime Minister Justin Trudeau, telling his supporters that if they want to fight for democracy abroad, “they should start with the democracy that is under threat right next door, a place called Canada.”

“The radical left is trying to replace American democracy with woke tyranny,” Trump told his supporters in Orlando, Fla.

Former American president Donald Trump: “A line has been crossed. You’re either with the peaceful truckers or you’re with the left-wing fascists.” pic.twitter.com/9Ax46jVHQH

“They want to do the same thing to America that Trudeau has been doing to Canada — and much, much worse,” he continued, bringing the audience to its feet.

His accusations come at a time when truckers are making their way across the United States in their own “Freedom Convoy”-style protest. 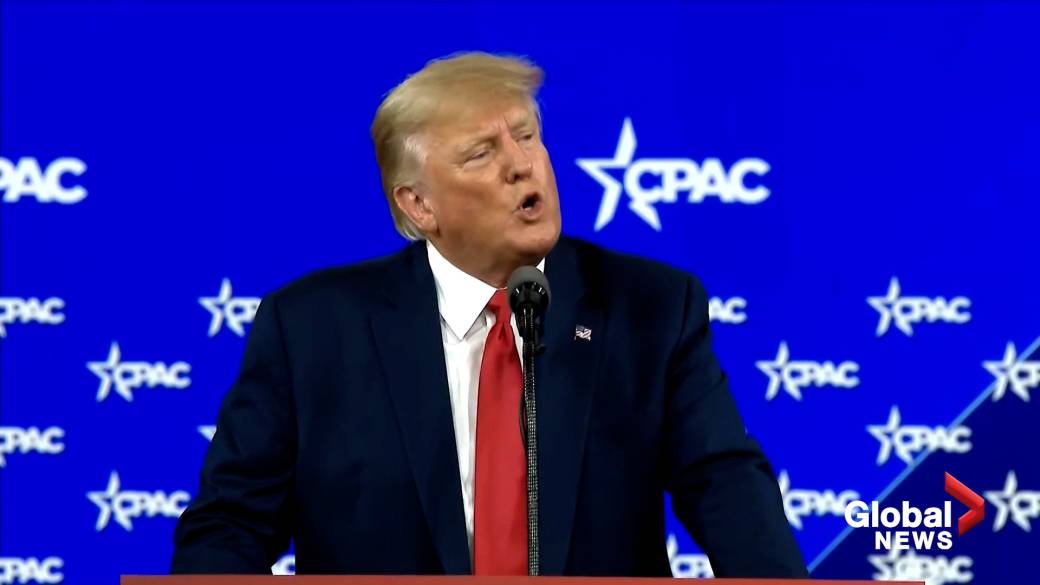 1:51‘He understood that I didn’t play games. This wouldn’t have happened:’ Trump on Putin

‘He understood that I didn’t play games. This wouldn’t have happened:’ Trump on Putin

“A line has been crossed: you are either with the peaceful truckers, or you are with the left-wing fascists and that’s what’s been happening,” Trump continued.

Trudeau was the first Canadian prime minister to invoke the Emergencies Act, granting the government unprecedented powers to remove the occupation of truckers and protestors that set up camp in downtown Ottawa in late January and stayed for weeks.

Trudeau’s decision to invoke the act has caused consternation with some of America’s conservative pundits, who have said what’s happening with their northern neighbour deserves more attention than the Russian invasion of Ukraine.

“We have a crisis at the southern border, a fascist up north literally reenacting empower Palpatine’s speech, and instead of *that*, we are supposed to care about a turf war over some street corners in the Far East,” far-right personality Mike Cernovich tweeted on Sunday, comparing Trudeau to the sadistic and self-serving Star Wars emperor.

We have a crisis at the southern border, a fascist up north literally reenacting empower Palpatine’s speech, and instead of *that*, we are supposed to care about a turf war over some street corners in the Far East.

Republican congresswoman Lauren Boebert also came under fire over the weekend for comparing the situation in Ukraine to the clearing of the truckers’ protest.

“We also have neighbours to the north who need freedom and who need to be liberated,” she said in an interview with Fox News personalities Kayleigh McEnany and Pete Hegseth, during their coverage of the CPAC on Sunday.

Lauren Boebert told Fox Nation at CPAC that Canada needs to be “liberated” along with Ukraine.

“We also have neighbors to the north who need freedom.” pic.twitter.com/dymrCTRcxp

Boebert made the comments after Hegseth called Trudeau an “autocrat” for dismantling the Ottawa occupation.

She also said that President Joe Biden is “jealous” of the control that “tyrant Trudeau” has.

‘Very unlikely’ assets of most small-time donors to Freedom Convoy would be frozen, MPs told

Bruce Heyman, former U.S. ambassador to Canada under Barack Obama, said the congresswoman’s remarks were “reckless, dangerous and [crossed] every line of diplomacy and decency. Boebert would have been expelled from the Republican party before Trump but [is] now the darling of CPAC.

“Canada is our best friend, best trading partner, closest ally and should be treated as such,” he tweeted.

Reckless, dangerous and crosses every line of diplomacy and decency. Boebert would have been expelled from the @GOP before Trump but now the darling of CPAC. Canada is our best friend-best trading partner- closest ally and should be treated as such. https://t.co/W4VJhE1ENO

Trudeau has not yet publicly responded to any of the remarks or accusations made by Trump.

Over the past week, Trump has publicly praised the actions of Russian President Vladimir Putin, whose armed forces continue to pummel Ukrainian cities, according to multiple videos and accounts from the ground in Europe.

“Of course he’s smart,” Trump said in his remarks Saturday, doubling down on praise of the Russian leader that many other Republicans have avoided after the invasion. “But the real problem is our leaders are dumb. Dumb. So dumb.”

— With a file from The Associated Press 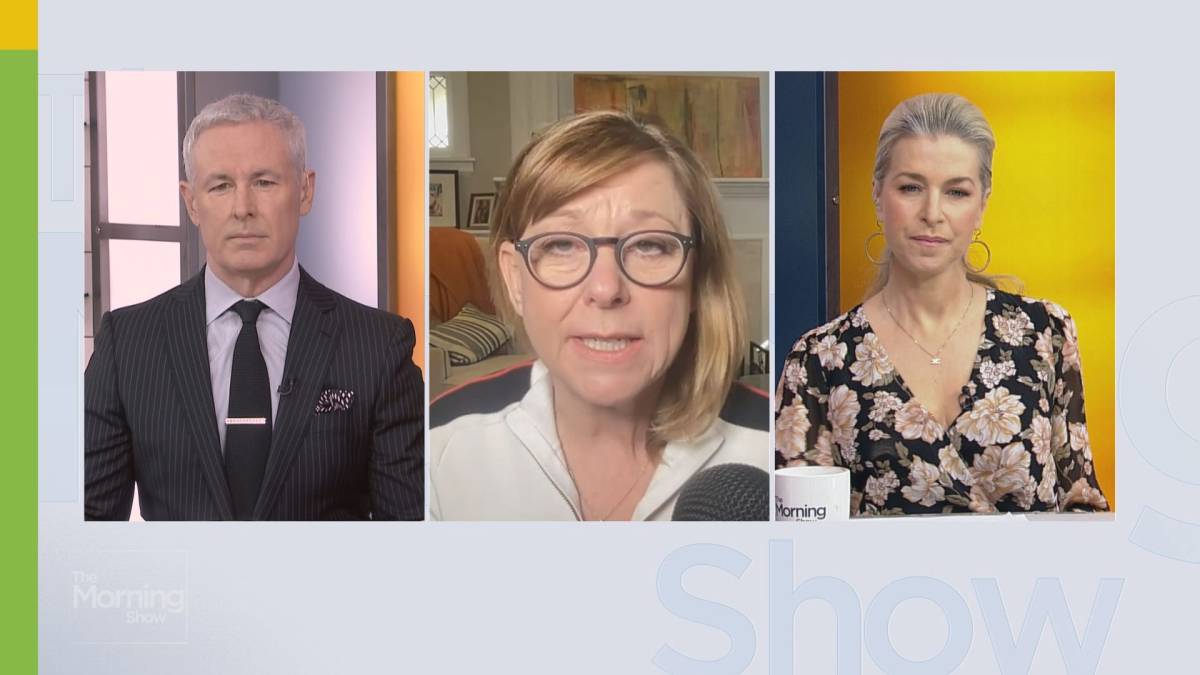 6:32Navigating conversations about the Ukraine-Russia conflict with kids