A man accused of operating a makeshift nightclub inside his Vancouver condo amid COVID-19 restrictions is facing a new charge ahead of a court appearance on Monday.

Mo Movassaghi, 42, was taken into custody on Jan. 31 when Vancouver police served a warrant on his penthouse suite located on Richards Street.


2:12Man charged and $17K in fines issued at a Vancouver penthouse allegedly hosting a ‘makeshift nightclub’

Police said Movassaghi was hiding behind a chair among more than 70 people, none of whom were wearing masks.

Police said when they attended the unit they found 78 people inside, along with menus, liquor, point-of-sale terminals and multiple cash tills. 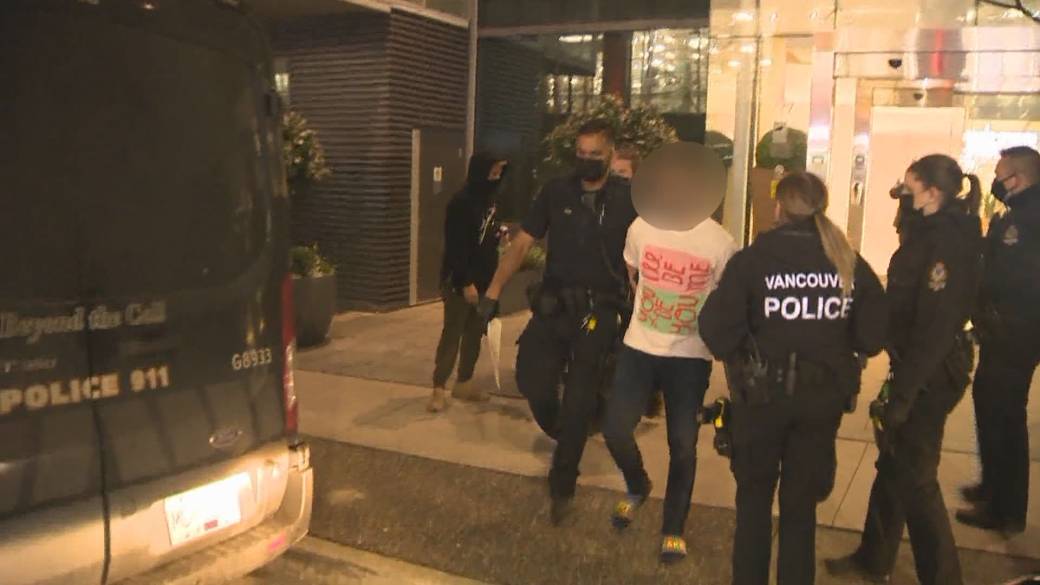 Police handed out more than $17,000 in fines and said the suite appeared to be operating as a nightclub and show lounge complete with a stripper pole.

Movassaghi has been charged with two counts of failing to comply with the orders of a health officer. He is also now accused of unlawfully purchasing grain alcohol.

He was released on conditions to not host parties or hold alcohol inside the penthouse.

Read more:
Booze and no shoes: Inside the Vancouver ‘makeshift nightclub’ that flouted COVID-19 orders

Earlier this month, Movassaghi’s lawyer Bobby Movassaghi issued a statement saying his client was entitled to his day in court.

“He simply asks that you keep in mind that at this point in time these are unproven allegations, and like anyone else charged with an offence in Canada, he enjoys the presumption of innocence,” he said.

— With files from Kristen Robinson, Simon Little and The Canadian Press