Canada is opening four new embassies in Europe and the Caucasus in what the government bills as an effort to counter Russia, strengthen ties with NATO allies and support democracy.

Foreign Affairs Minister Melanie Joly announced on Wednesday that Canada is expanding existing diplomatic offices in Estonia, Lithuania, and Slovakia into full embassies with ambassadors and a goal towards countering “Russia’s destabilizing activities” in the region.

As well, Canada will also be opening a new embassy in Armenia, a former Soviet republic located on Turkey’s eastern flank.

In a press release, Joly described the goal of putting a Canadian ambassador in Armenia as “allowing for stronger bilateral ties and increased Canadian support for Armenian democracy.”

“Russia’s illegal, unjustifiable and horrific invasion of Ukraine has changed the security and diplomatic landscape in Europe, and Canada needs to respond strategically,” Joly said.

“Building on Canada’s strong relationship with its European partners, the changes announced today will help ensure that we have the tools we need to reinforce Armenian democracy and address some of the greatest security and diplomatic challenges of our time.”

She described Canada as a “great diplomatic power.”

The announcement comes as NATO members formally invited Finland and Sweden to join the military alliance, and announced that they will now formally treat Russia as the “most significant and direct threat to the allies’ security.” 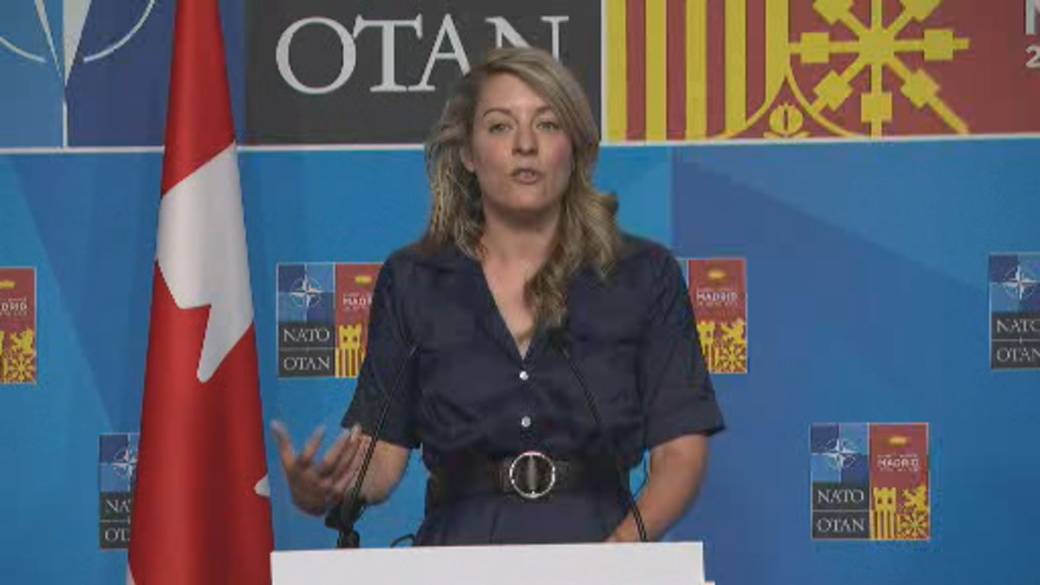 In comments to reporters at the NATO leaders’ summit on Wednesday, Joly said the alliance recognizes the need to push back at Russian influence, and that opening the embassies will put Canada in a better position to tackle influence campaigns and disinformation on the ground.

The summit saw leaders update the alliance’s main strategic document for the first time in 10 years to declassify Russia as a strategic partner, and instead as NATO’s main threat.

NATO prepares for greatest overhaul since Cold War. Where does Canada stand?

Russian President Vladimir Putin has billed Ukraine’s desire for closer ties with NATO as a threat to Russia, and attempted to justify his invasion of the sovereign democracy by framing it as an effort to prevent NATO enlargement towards Russia.

However, his invasion has now spurred exactly what he wanted to avoid: an expanded NATO with Finland and Sweden joining up, and a massively expanded military presence of defence and deterrence forces throughout the Eastern European and Baltic states.

NATO is governed by the principle of collective defence, meaning an attack — either physical or cyber — against one member is an attack against all members, and will face a joint response.