Johnny Gaudreau scored on a penalty shot for the Calgary Flames in Monday’s 4-1 win over the Dallas Stars to even up their playoff series at two wins apiece.

Flames goaltender Jacob Markstrom made 34 saves for the win.

The best-of-seven series returns to Calgary for Wednesday’s Game 5 at the Saddledome, where the Flames went 25-9-7 in the regular season.

Calgary (50-21-11) topped the Pacific Division and ranked sixth in the NHL in the regular season. The No. 15 Stars (46-30-6) entered the post-season as the first wild card in the Western Conference.

The Flames won 1-0 and lost 2-0 at the Saddledome before the Stars doubled Calgary 4-2 in Game 3 at American Airlines Center. 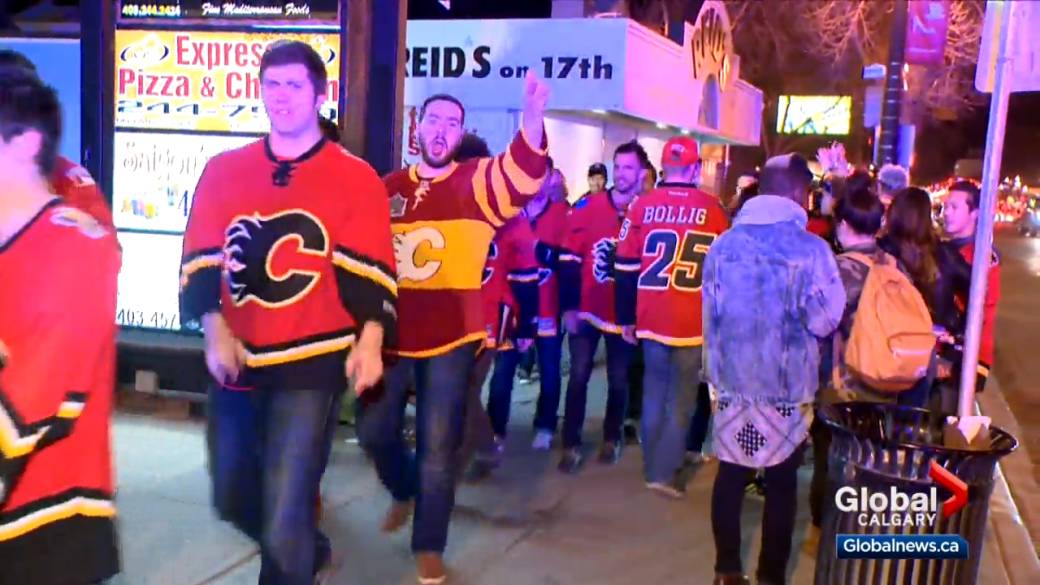 After nearly 16 minutes of four-on-four over the second and third games of the series, more even-strength hockey was played in Game 4.

That favoured Calgary, ranked sixth in the NHL in even-strength goals. Lindholm produced just the Flames’ third of that type in the series at 11:53 of the third period.

Gaudreau from the boards fed an undefended Lindholm at the hash marks where he beat Oettinger with a low wrist shot for a 3-0 Calgary lead.

Dallas replied with a power-play goal to cut the deficit. Seguin’s wrist shot off the rush beat Markstrom far side at 15:03.

After he was hooked by Stars defenceman John Klingberg on a breakaway, Gaudreau stretched Oettinger out with a backhand and scored five-hole on his penalty shot at 7:47 of the third period.

The Flames generated more sustained offensive-zone pressure than Dallas. A tenacious Stars’ defence in front of their crease continued to deny Calgary second efforts on the few rebounds Oettinger did allow.

It took a five-on-three goal at 9:41 of the second period for the Flames to finally break through.

Andersson’s slap shot from just above the hashmarks beat Oettinger high-stick side after Stars Jani Hakanpaa (tripping) and Radek Faksa (high-sticking) were penalized within a 12-second span.

Markstrom and Oettinger traded heroics throughout the game.

Dallas turned the puck over deep in their zone late in the second period, but Oettinger batted away an all-alone Gaudreau attempt from close range.

Calgary outshot the hosts 19-8 in a goal-free first period and held a 39-23 margin after two.

Oettinger denied Calgary’s Tyler Toffoli a golden chance on a rebound in the first period. A prone Oettinger gloved Toffoli’s attempt to lift the puck over the sprawling Stars’ goalie at 9:14.

Gaudreau missed a few shifts early in the game. His head appeared to whiplash when he and Vladislav Namestnikov collided shoulder to shoulder in the Stars’ zone.

Gaudreau went to the dressing room, but was back on the ice by the midpoint of the first period.