Brockville’s chief of police has submitted his resignation, but won’t be hanging up his hat just yet. Instead, he’ll be moving to Kingston to become deputy chief.

Just a week after the announcement, Global News sat down with Scott Fraser to reflect on his long career in Brockville and his hopes for the future in the Limestone city.

Fraser started his policing career in Vancouver, but he has been with the Brockville Police Service for 23 years, seven of those as the police chief.

Although he’s excited to move on, the decision wasn’t easy.

“It’s with mixed emotions because I’m leaving here on a high note and we’ve got a great organization here,” Fraser said about the Brockville Police Service.

Fraser said he sees himself as a people person, and feels most proud of his work within the Brockville community.

“Certainly, my affiliation with the community groups: the Rotary Club, the Special Olympics in Brockville, Making Play Possible. All the kinds of events we did and hosted here. We had a great time doing it,” he said. 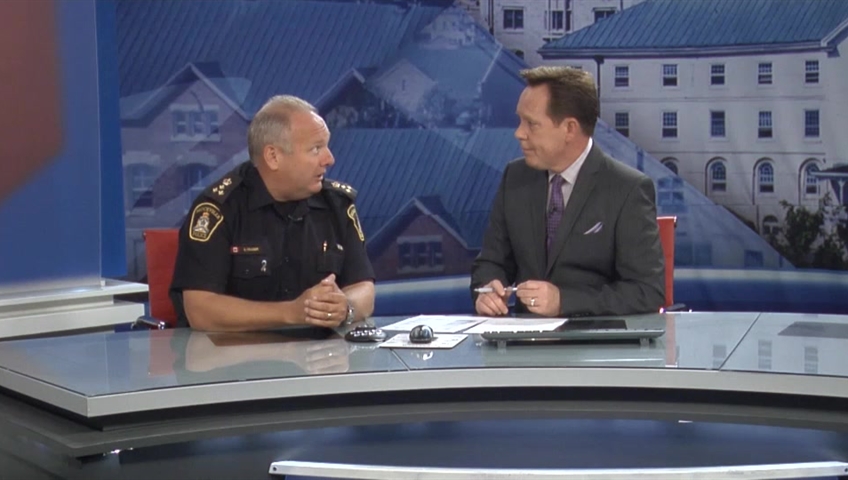 “We have great people all the way from the deputy chief, currently now Mark Noonan, who’s going to be going into the acting role. We have great middle management with our staff sergeants. Our sergeant group is just second to none. And we have great people at the constable rank waiting to get into the next leadership positions,” Fraser said.

He added that moving to Kingston has been a goal of his for quite some time — now that it’s finally happening, he feels energized by the prospect.

“I was looking for something that maybe a little more change. Obviously, Kingston being a bigger organization with different opportunities. And so when the opportunity presented itself, it was just hard to not take a look at it,” he said.

He says as a leader, collaboration is key for him, and that he’s always had an open-door policy with both the community and those in the service. He hopes to bring those same policies with him to Kingston.

“There’s people with great ideas out there, and it’s always encouraging when we can get them to bring their ideas forward and then we can use them in implementing something,” Fraser said.