A B.C. man caught the quite the interaction between a moose, her calves and a black bear in the Okanagan earlier this week.

Ethan Fell of Prince George told Global News that he was travelling along Smythe Road, near Mabel Lake, when he saw a bear chasing three moose.

Fell, who works for a forestry company, caught the interaction on his phone. 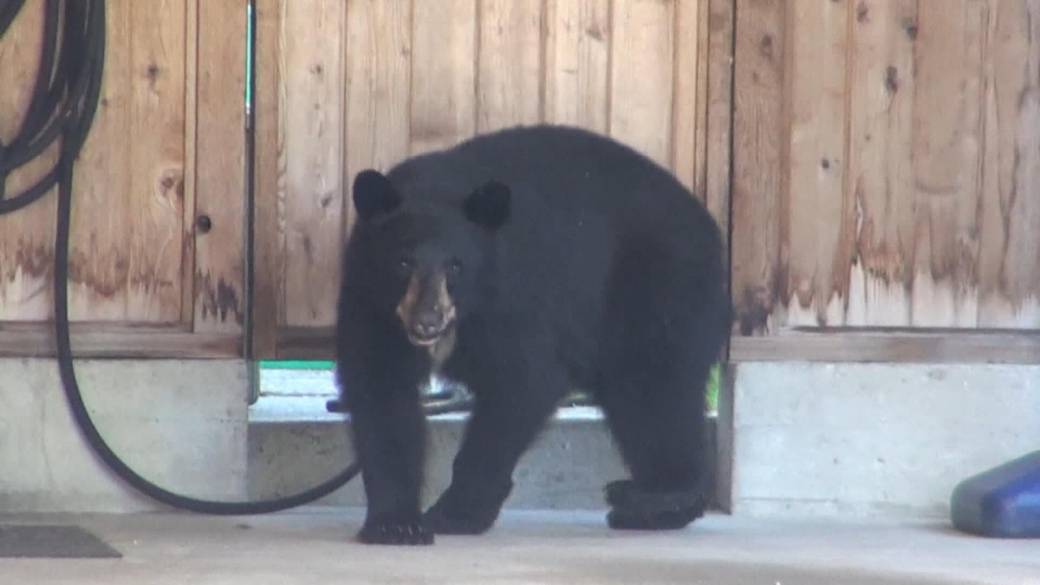 Rise in bear sightings in Okanagan communities – May 27, 2022

In the video, one of the calves fell, with the black bear suddenly lunging toward it.

The calf’s mother quickly turned and charged the bear, with the much-smaller bruin fleeing the scene.

“After the moose chased the bear, it ran10 feet into the bush and that’s pretty much when the video stopped,” said Fell. “The momma and the calves went down the road a way and ducked back into the bush.” 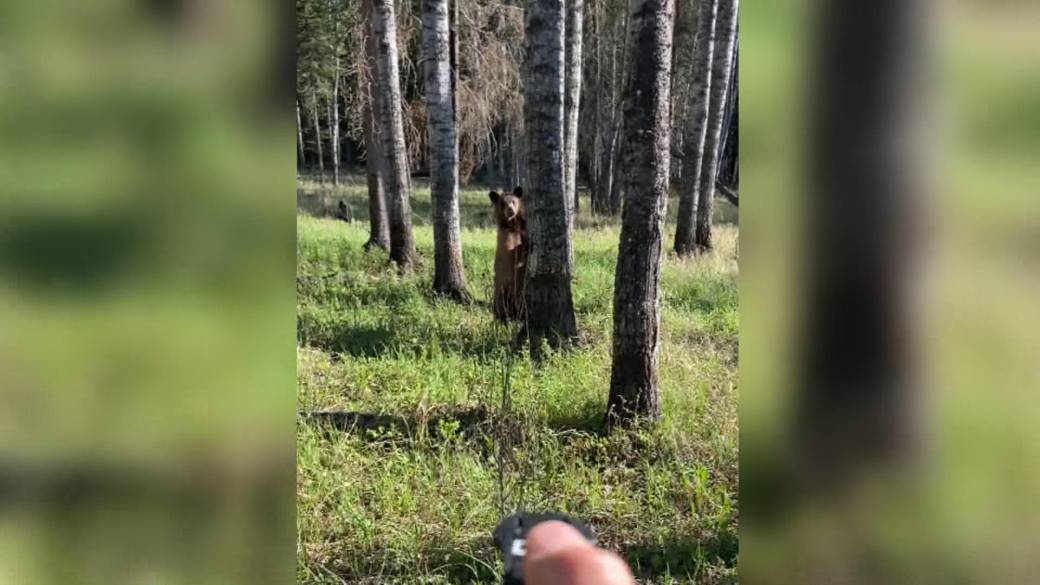 Fell said he pulled the truck up in front of the bear, and “it was looking like it wanted to keep up the chase. My coworker rolled down his window and started yelling at it, like ‘Hey, hey you!’ to scare it off.”

“We pulled the truck in front of the bear. It was looking like it wanted to keep up the chase.

Fell says he’s seen plenty of wildlife while working in the forestry sector, but never an encounter like this. 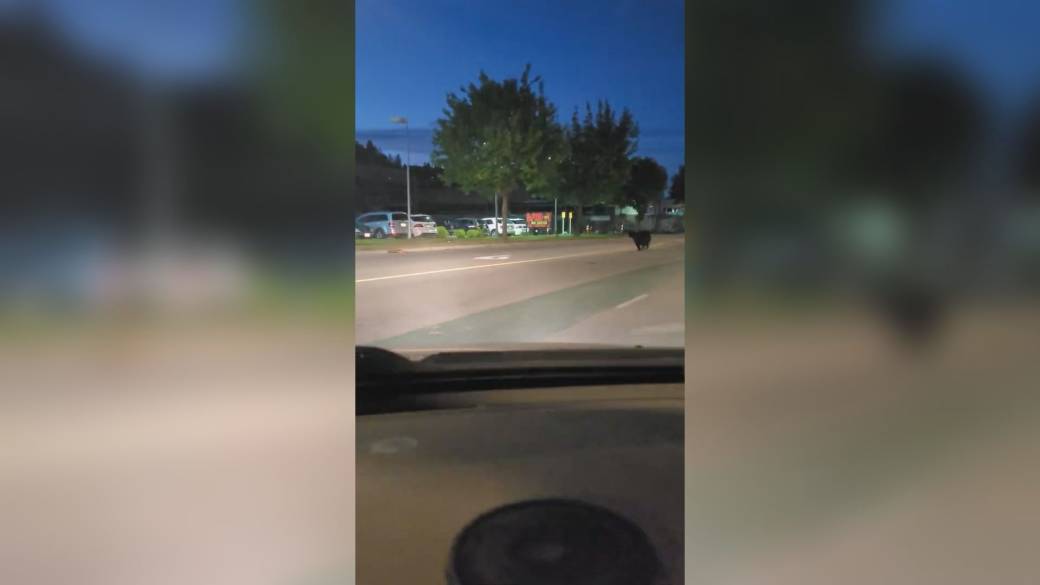 1:49Bear dodges pedestrians, cars in a dash through Kelowna

Bear dodges pedestrians, cars in a dash through Kelowna