Demonstrators streamed through downtown Montreal to protest Quebec’s contentious language bill on Saturday, demanding it be scrapped to preserve the rights of anglophones, allophones and Indigenous communities.

The protesters, who rallied at Dawson College before marching more than two kilometres to Premier François Legault’s office, made an 11th-hour plea against the legislation, which aims to strengthen the province’s French-language charter.

Bill 96, which is expected to pass this month, would impose tougher language requirements on workplaces and municipalities.

It also seeks to limit the use of English in the courts and public services, grant powers of search and seizure without a warrant to Quebec’s language regulator and cap enrolment at English junior colleges, called CEGEPs, where students would have to take more courses in French.

“Anyone may use English and French in the courts of this province. It’s hardwired into the constitution. And using English in a Quebec court involves having a judge who understands the language,” he said, addressing demonstrators in English and French, as did most of the speakers.

Leckey was referencing provisions in the bill that state judges no longer need to be bilingual and that a company’s pleadings in court must be in French, or translated into it.

Bill 96 also pre-emptively invokes the notwithstanding clause, setting aside fundamental equality rights enshrined in both the Canadian and Quebec charters of rights and freedoms.

“Should our elected lawmakers be passing laws they know to be unconstitutional?” Leckey asked the crowd.

“I think what you’re seeing is a depth of anxiety and frustration that is quite remarkable in the English community,” he said in a phone interview.

Indigenous communities also have concerns about the would-be law.

“We’re being recolonized again under Bill 96,” said Kenneth Deer, an Indigenous rights activist from the Mohawk Nation at Kahnawake. “We don’t force you to learn our language; don’t force us to learn yours.”

Grand Chief Kahsennenhawe Sky-Deer of the Mohawk Council of Kahnawake said demanding that young people master a third language — French — carries colonial overtones and would make it harder for them to succeed.

“Trying to encourage young people to learn our Indigenous language is challenging in itself,” she said by phone.

“We always want to encourage our young people to reach for the stars. But if they want to be doctors, lawyers, nurses — any of those professional orders now are going to require very strict French proficiency.”

Demonstrators flowed mostly along Sainte-Catherine Street, were many retail outlets concerned about the impact of stricter workplace language rules are located.

The changes would subject companies with 25 employees or more to “francization” — government certification that use of French is generalized in the workplace — down from 50 currently.

Meanwhile the cost of the bill for a roughly 50-employee company would range between $9.5 million and $23.5 million, according to estimates from the Canadian Federation of Independent Business. Expenses range from fees for translation and legal services to administrative burdens, such as creating a workplace assessment to ensure French permeates all corners of the company.

More than a dozen provincial and federal Liberal legislators were on hand Saturday, including Quebec Liberal Leader Dominique Anglade.

Awaiting the protesters outside the premier’s office was a cluster of pro-Bill 96 student demonstrators, armed with guitars and tambourines, who greeted the marchers with classic Quebecois songs by Jean Leloup and Gilles Vigneault.

They shouted “Vive le Quebec” and “Vive le français” between lyrics. Demonstrators on both sides were draped in Quebec flags, and several quarrels broke out amid the 30 C heat, but the overall atmosphere remained upbeat. 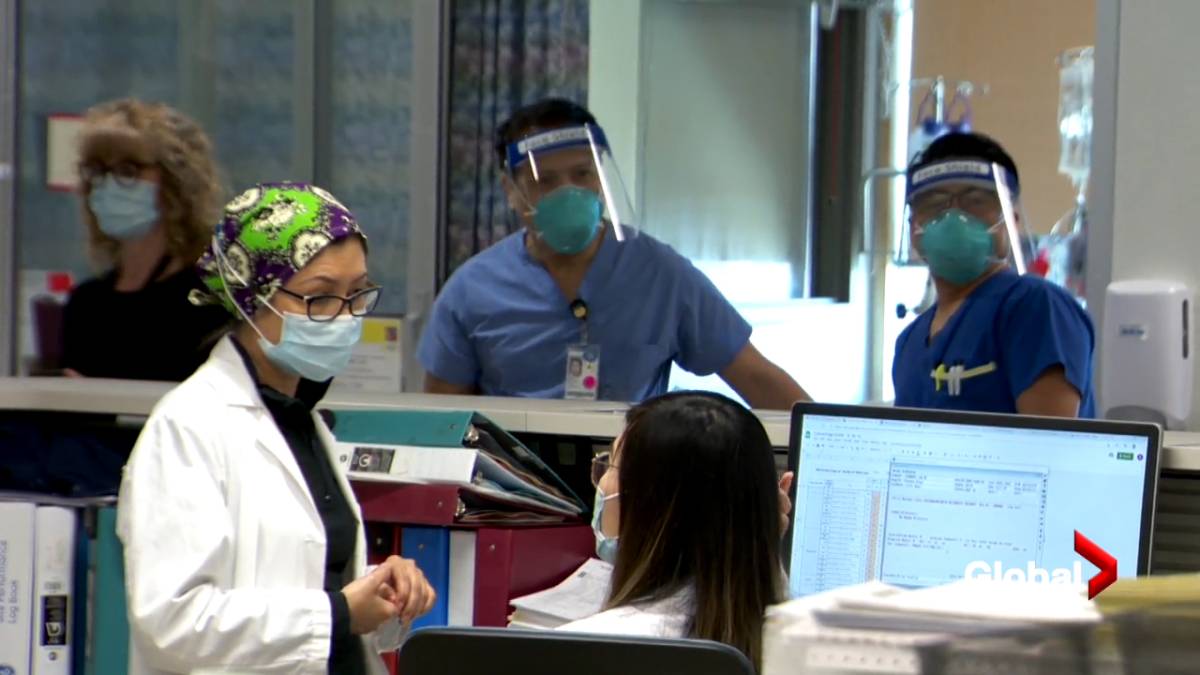