She’s been on the job for less than three weeks, but Premier Danielle Smith has already brought an international spotlight on Alberta.

Over the weekend, conservative media organization Fox News wrote an article about Smith’s support of those who broke laws during the COVID-19 pandemic.

“I’m deeply sorry for anyone who was inappropriately subjected to discrimination as a result of their vaccine status,” Smith said Saturday, when asked when she would apologize to rule breakers.

U.S. conservative media cheers on trucker convoy protests in Canada: ‘don’t give up’

During her campaign for leadership of the United Conservative Party, she vowed to absolve those people of fines and criminal records but there has been criticism that pardons are not within her purview.

Also this week, American comedian Rob Schneider tweeted that Smith is a “real leader” for her opposition to Ottawa. 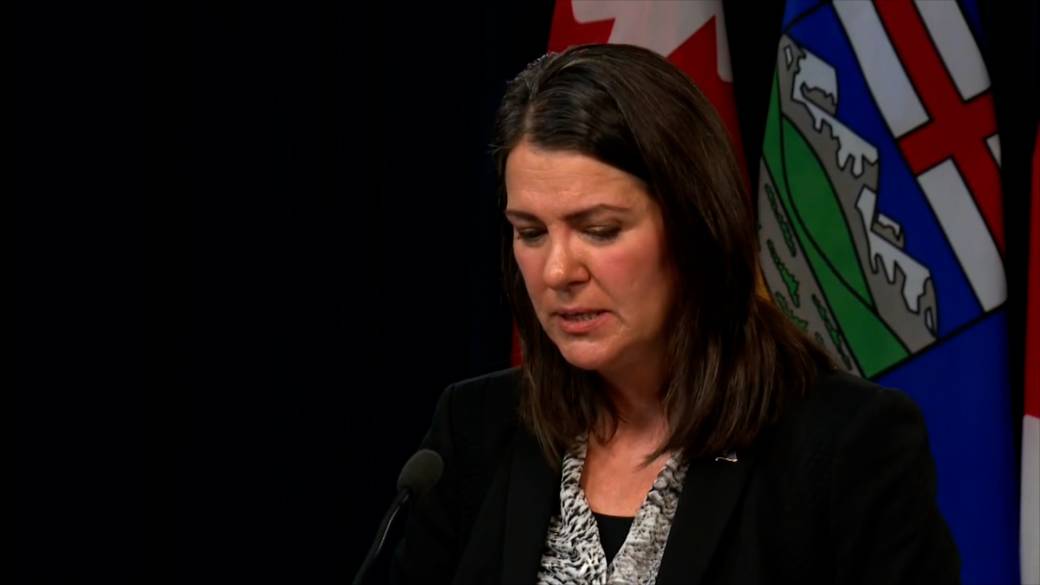 She believes it has become more common since January when the world watched as anti-COVID mandate protestors shut down Ottawa.

“There is a sense in which there is a community, there’s a constituency, there’s a movement on the right side, on the far right that includes conspiracy theories and other things that is not kept within any national boundary,” Turbull explained.

The World Economic Forum has been at the heart of several conspiracy theories.

Alberta Health Services inked a deal with the group in 2020 to share ideas for innovating healthcare with the likes of Harvard and the Mayo Clinic.

Last week, Smith said she wanted to tear that agreement up. In the days that followed, she refused to answer reporter questions about why she did not approve of the deal and whether she believed the theories about the group.

On Monday, she did make a concession.

“I guess I find it distasteful when billionaires brag about how much control they have over political leaders as the head of that organization has,” she said after questions from multiple reporters. 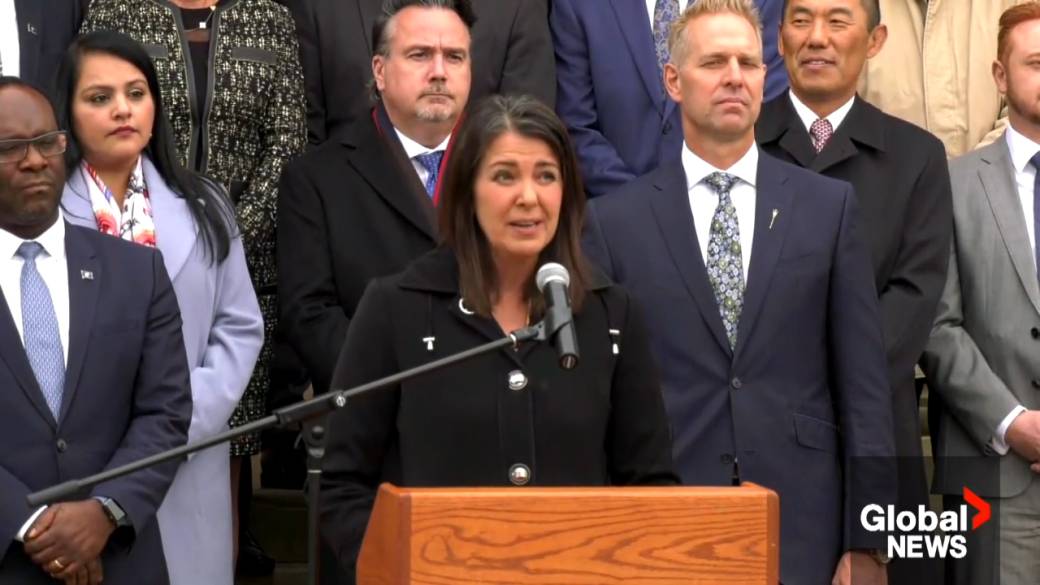 0:41
‘It makes sense to make health decisions based on health experts’: Danielle Smith


Turbull said comments like that are bound to grab attention internationally but what really matters is how Smith is seen by Albertans, especially those within the UCP caucus.

After a messy leadership race and a divided caucus under former premier Jason Kenney, Turnbull isn’t sure whether the comments will help or hurt.

“At the end of the day, she could be the latest sacrificial lamb (and) woman who is put up as leader only to lose the next election,” explained Turnbull.

The first test of that will come Nov. 8 when Smith runs for a seat in the legislature in the Brooks-Medicine Hat byelection.

Then the general election is expected to take place in late May 2023. IN PHOTOS: In Turkey and Syria, the search for earthquake survivors continues – National | Globalnews.ca