MELBOURNE, Australia — For decades, many Australians have found it a curious thing that the country’s head of state is a queen sitting on a distant English throne. Occasionally, in times of controversy, they have even batted about the idea of cutting Australia’s final monarchical ties. But more pressing issues have inevitably prevailed.

Now, change is on the way. Kind of.

Anthony Albanese, the newly elected prime minister, is an avowed republican. He has appointed the country’s first ever “minister for the republic” — a position intended to begin the transition to an Australian head of state. Polling shows that a slim majority of Australians would support a republic if they had to choose yes or no.

But that does not mean that constitutional change on the republican front is anywhere near the top of Mr. Albanese’s agenda. The new ministerial position — an assistant minister — is a comparatively minor one, and its role will be limited, at least for the near term, mostly to conversation starter and weather vane.

Dennis Altman, a professorial fellow at La Trobe University in Melbourne and the author of “God Save the Queen: The Strange Persistence of Monarchies,” likened the sentiment to Lewis Carroll’s White Queen, who tells Alice, “Jam tomorrow and jam yesterday — but never jam today.”

Many Australians wished the country had become a republic when it attained its independence from Britain in 1901, he said, and many would like to see it become one in the future.

But, he went on, “there’s not that great a deal of interest, and the reason there’s not much interest is because, in a sense — and I think this is true for a number of countries that have the monarchies — the system isn’t doing anyone any great harm.”

During Queen Elizabeth II’s platinum jubilee over the weekend, there was little celebration in Australia — and thus little to stir up republican passions. Mr. Albanese delivered a speech about the constancy of Britain’s royal women and renamed an island in the queen’s honor.

“I think the republican sentiment,” said Ben Wellings, a senior lecturer in international relations at Monash University in Melbourne, “has settled on this passive republicanism — they’re pleased that we don’t have all those trimmings of monarchy, but at the same time, not motivated enough to really change the current setup, which is like a pale imitation of that.”

The new assistant minister position is “a way of testing the waters,” he said. “He’s got three years” — the time until the next federal election — “to see what sort of enthusiasm there would be for such a change.”

In one small corner, at least — the Australian republican movement — enthusiasm is already high.

The appointment of Matt Thistlethwaite, a longtime Labor politician, as the new assistant minister of the republic “is the biggest breakthrough for the republican movement in 30 years,” said Peter FitzSimons, chairman of main republican organization.

The movement has been waiting years for a spark. It suffered a heavy blow in 1999, with the failure of a referendum on whether Australia should elect its own head of state. The proposal was defeated in part because of disagreement over whether an Australian head of state should be appointed or elected.

“Thomas Paine talked about the winter soldiers who kept the dream alive for America to gain independence from England,” Mr. FitzSimons said. “We relied, for the first 15 years after that referendum, on winter soldiers of the republican movement to keep the flame alive.”

A historic visit. On May 18, 1965, Elizabeth arrived in Bonn on the first state visit by a British monarch to Germany in more than 50 years. The trip formally sealed the reconciliation between the two nations following the world wars.

First grandchild. In 1977, the queen stepped into the role of grandmother for the first time, after Princess Anne gave birth to a son, Peter. Elizabeth’s four children have given her a total of eight grandchildren, who have been followed by several great-grandchildren.

Princess Diana’s death. In a rare televised broadcast before Diana’s funeral in 1997, Queen Elizabeth remembered the Princess of Wales, who died in a car crash in Paris at age 36, as “an exceptional and gifted human being.”

A trip to Ireland. In May 2011, the queen visited Ireland, whose troubled relationship with the British monarchy spanned centuries. The trip, infused with powerful symbols of reconciliation, is considered one of the most politically freighted trips of Elizabeth’s reign.

Breaking a record. As of 5:30 p.m. British time on Sept. 9, 2015, Elizabeth II became Britain’s longest-reigning monarch, surpassing Queen Victoria, her great-great-grandmother. Elizabeth was 89 at the time and had ruled for 23,226 days, 16 hours and about 30 minutes.

Marking 70 years of marriage. On Nov. 20, 2017, the queen and Prince Philip celebrated their 70th anniversary, becoming the longest-married couple in royal history. The two wed in 1947, as the country and the world was still reeling from the atrocities of World War II.

Now, he added, “let the record show we now have a ‘minister of the Crown’ devoted to removing the Crown.”

Mr. Thistlethwaite, for his part, describes his role in less stirring terms. It is, he said, “initially one of educating the Australian people about our current constitutional arrangement and the fact that we have the British monarch as our head of state, and explaining that we can have an Australian in this role.”

He attributes the lack of support for the idea in recent decades to a lack of political leadership. But the time is right to revive the debate, he said. “As the queen comes to the twilight of her reign, Australians are naturally beginning to think, well, what comes next for us,” he said.

While the queen is technically the Australian head of state, she is represented in Australia by the governor-general, currently David Hurley. The governor-general’s role is largely ceremonial. He is tasked with swearing in new prime ministers and members of Parliament, with formally announcing federal elections — although the sitting prime minister chooses the date — and with giving “royal assent” to bills.

But the governor-general also has the power to dismiss the prime minister, which John Kerr did to Gough Whitlam in 1975, after the opposition party refused to allow a vote on the government’s spending bill unless Mr. Whitlam called an election.

The Labor Party has made it clear it will not seek a constitutional revision to make Australia a republic during its first term, meaning that change is unlikely before 2025 at the earliest. At the top of the party’s agenda is formally enshrining, through a referendum, a constitutional voice for Indigenous Australians through the Uluru Statement From the Heart.

“I very much hope that referendum will pass, at which point I hope, if this current government is re-elected, early in the next term there will be a referendum on the republic.” Mr. FitzSimons said. “It will be very straightforward: Do you think Australia can run its own show or not?” 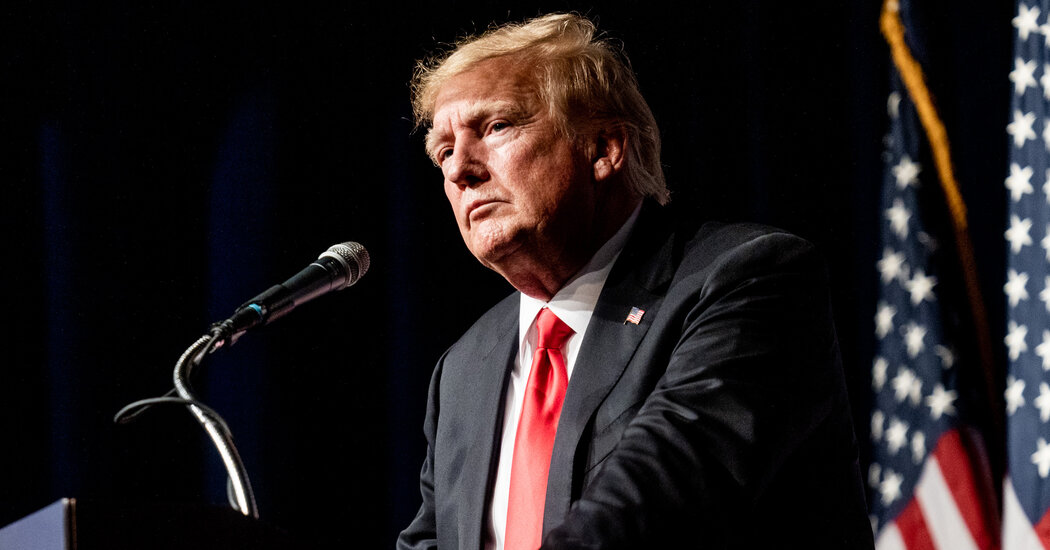