Adele’s estranged father has called the police on his super-fan neighbour after she kept playing his daughter’s albums and singing along to them.

Mark Evans, 56, who hasn’t spoken to his global megastar daughter for years, rang cops on Keeley Fry to make a noise complaint.

Mum of one Keeley, 21, was surprised when she was approached by Mark not long after she moved in next to him and his wife in the south Wales town of Bridgend two years ago.

She claims Mark asked her not to sing or play her music so loud, saying it was “affecting his sleep and that it’s very disturbing”.

“I was surprised because I’m such a big Adele fan and most of the time I play her songs and sing along to them,” she told the Sun On Sunday.

“I thought he’d appreciate it, not complain.

“I think he has an issue with me because I’m such a big Adele fan.”

A police spokesman told Mirror Online: “South Wales Police has received a report of a neighbour dispute in Bridgend. The local Neighbourhood Policing Team is aware and is arranging to speak to both parties to resolve the matter.”

Mark’s rocky relationship with his daughter began when he walked out on her mum Poppy in 1991 when Adele was just three years old.

He battled alcoholism and moved from the family home in Tottenham, north London, to Cardiff.

Mark opened up about his fractured relationship with millionaire Adele in 2011, admitting he’d put drink before his young child.

“I was a rotten father at a time when she really needed me,” he told the Sun.

“I was putting away two litres of vodka and seven or eight pints of Stella every day.

“I drank like that for three years. God only knows how I survived it. I was deeply ashamed of what I’d become and I knew the kindest thing I could do for Adele was to make sure she never saw me in that state.”

In response, Adele told Vogue “he’ll never hear from me again” and vowed: “If I ever see him, I will spit in his face.”

A year later, Mark clumsily pointed out some of Adele’s love life issues, which formed the basis of many of her smash hits, could have stemmed from him leaving her mum when she was tiny – a suggestion Adele did not take kindly to.

“He’s f**king blown it. He will never hear from me again. It makes me angry,” she raged.

“To come back after 10 years and be like, ‘Maybe her problem with men comes down to me.’

While the pair did attempt to reconcile in 2015 through Adele’s grandmother, just two years later the singer publicly stated she didn’t love her dad while picking up five gongs at the 2017 Grammys.

In her acceptance speech she thanked manager Jonathan Dickins and said she loved him as a father-figure.

“Thank you to my manager because the comeback, as it were, was completely masterminded by him,” she told the crowd.

“And you executed it incredibly, and I owe you everything. We’ve been together for 10 years, and I love you like you’re my dad.

“I love you so, so much. I don’t love my dad, that’s the thing. That doesn’t mean a lot. I love you like I would love my dad,” she added.

In 2019 it was reported Mark was working as a Yodel delivery driver, making between £50 and £100 a day delivering parcels in Bridgend.

A pal claimed Mark know he’d made mistakes but wanted to patch things up and ask for his daughter’s forgiveness.

“He’s not after her money or anything, he just wants to be a normal grandad and buy his grandson ice cream and stuff,” the mate added. ‘Home Economics’ Is a Family Matter This Halloween ‘Home Economics’ Is a Family Matter This Halloween
2 mins ago

‘Home Economics’ Is a Family Matter This Halloween 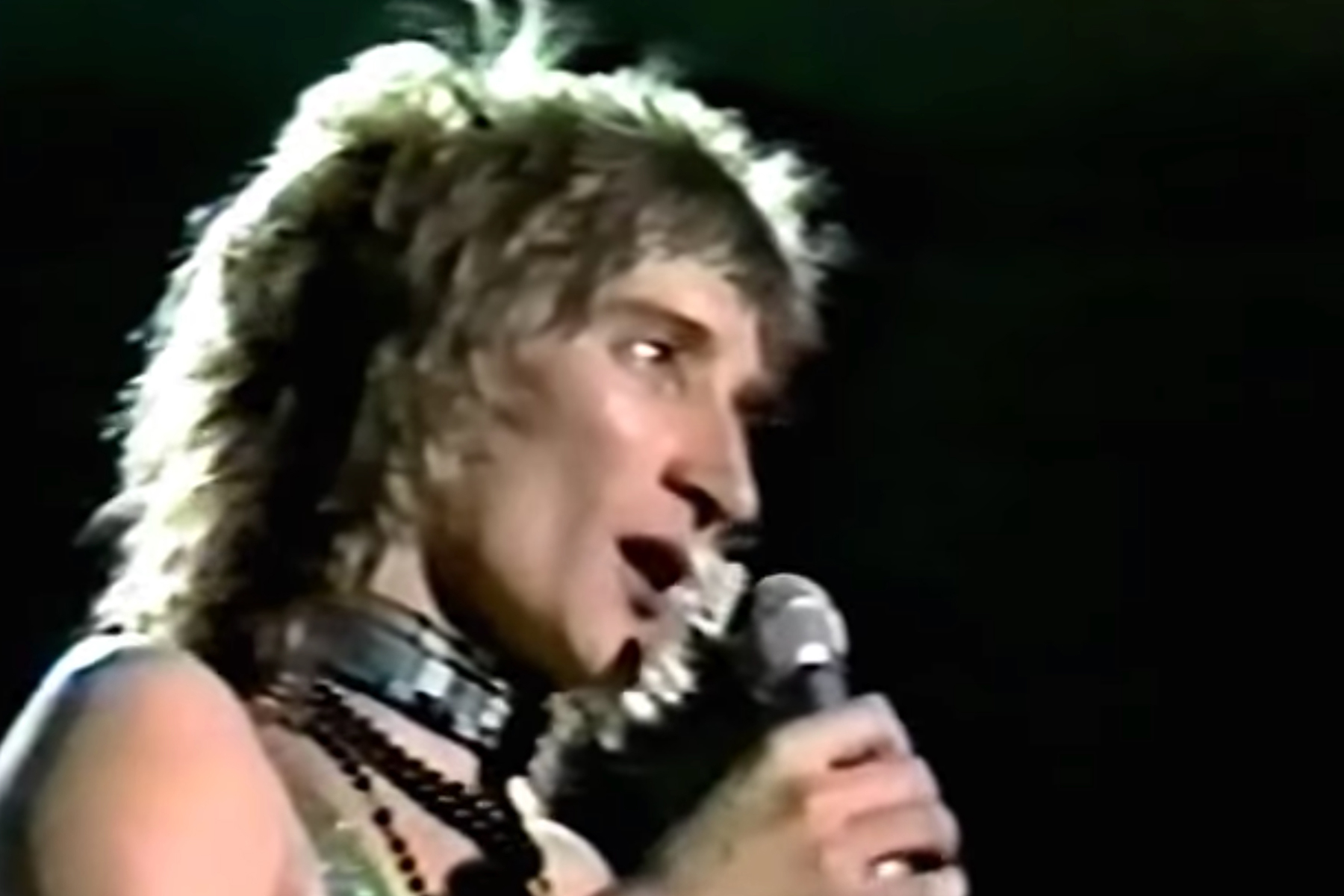 Flashback: Rod Stewart and the Faces Perform ‘Maggie May’ in 1973
3 mins ago