Book adaptations are such a tricky thing. For starters, the format is really important. There’s just no way to fit in as much detail in a movie (or show) as in a book. But that doesn’t mean that movies can’t be emotional and powerful stories by themselves. Then there’s the fact that liking movies, shows, books — any form of entertainment really — is utterly subjective. So while some things can work for me, they might not work for you. Despite all of this, I think we can agree that there are movies and TV shows that have done a great job adapting our favorite stories. So that is exactly what we’re talking about today. We’re going to explore what makes a good adaptation, and then take a look at some of the best recent book adaptations out there.

But before we jump into that, a few things. First of all, I want to skip the most obvious choices. That means this list won’t include movies like The Hunger Games, Twilight, or The Lord of the Rings. I’m also not discussing any Marvel or DC Comics superhero adaptations because that’s a whole other beast. I’d rather take a look at slightly less-known yet still great book adaptations from the last few years.

Which takes me to another point: The list part of this will by no means be comprehensive. I know that there are other great adaptations out there that people know and love. I’m also going to keep it as objective as possible. Taking a look at some of the changes that were made, as well as the show or movie’s official scores on sites like IMDB and the audience score on Rotten Tomatoes. But subjectivity is bound to seep in — it’s kind of inevitable.

So without further ado, let’s get into what makes a book adaptation good.

What Makes a Good Book Adaptation?

We know there are good adaptations out there, I’ve even named a few. But for the sake of today’s argument, I also think it’s worth establishing a more objective baseline for what makes an adaptation good. I studied cinema in college, and I’ve had forays into written translation and adapting theatre plays as well. What I learned from those experiences is that adaptations are actually a form of translation. You cannot translate or adapt things perfectly and identically — be it in written language or from a page to a screen. What you have to do is keep the essence of the original story. This is plenty complicated in translation, and it might be just as difficult to do on-screen. Possibly more. Compromises will always have to be made, and not everything can go directly from page to screen.

There are people who love adaptations that stay true to the source material. Others also enjoy those that stray from it. It’s another compromise to be made in the adaptation process — how much can a story change for the reader before it loses its essence. Whole plots and characters often disappear from shows, but when the message or feeling — that essence — remains, you can say it was a successful adaptation. Take for example a poor adaptation: Percy Jackson and the Lightning Thief. It certainly didn’t keep the more childlike fun yet educational essence of the book. Or the characters’ sassy personalities. Rather, it became a more action-heavy film that tells you very little about the characters themselves.

A weekly newsletter focusing on literature by and about people of color!

I want to add a distinction here. Just because an adaptation may be bad, it doesn’t mean that the movie or show is bad itself. When I talk about adaptations, I refer to the movie in relation to its book. But it’s also entirely possible and perfectly acceptable to enjoy a film without referring back to the source material. I can think of no better example than The Shining. Stephen King famously hates the film because it doesn’t align with his views on the story. In fact, the movie strays so far from the essence of the book, it can be considered a bad adaptation. It’s still a great horror movie.

Now that we’re all on the same page of what a good adaptation is, let’s take a look at some of the best book adaptations from the last few years. Those that keep the essence of their stories, especially when changes have to be made. Of course, from now on, SPOILERS BELOW. I’ll try to keep them as minimal as possible, but seeing as I will discuss some book to movie/show changes, it’s kind of inevitable.

Let’s kick things off with one of the most popular adaptations at the moment. Heartstopper is all the rage right now because it’s such a great adaptation! There are some changes in the show because the comic is so low-stakes they had to up the drama a bit for TV. One of these changes was adding Imogen to the mix. Another big change they made is Charlie’s friend, Aled, was swapped by an entirely new character named Isaac. This gives Aled a clean slate for his own story, and it works since his role is relatively small in Heartstopper. Despite these details, the emotional core of the story remains the same as the graphic novel. You still get those warm and fuzzy feelings from watching such a sweet romance bloom.

The audience really likes it too, giving it a 9/10 on IMDB and an average audience score of 98% in Rotten Tomatoes.

Pachinko is another great adaptation that came out this year. The show has significantly more changes to the story compared to some of the other recent book adaptations, but the core themes of family, identity, and their relation to the Korean diaspora are very much present in the show. The story is a huge family saga that spans about 80 years, so of course some changes have to be made. Mainly, the book is in chronological order. While the show jumps around between its present in the 1980s and the past. There’s also Sunja’s return to Korea, which provided a huge emotional moment you don’t get to see in the book.

Pachinko has an IMDB score of 8.5/10 and an average audience score of 95% in Rotten Tomatoes.

Both the movie and the book are hard-hitting stories that reflect upon the systemic racism against Black people. The Hate U Give as a movie makes a few changes to the characters as well as the ending. The movie shows a stand-off that never happens in the book. It adds more drama and brings the “Thug Life” sentence into a more literal setting. Despite that, the movie manages to capture the essence of the book with all its violence and prejudice. In the end, it’s still a story about finding your voice in order to fight back.

The Hate U Give has an IMDB score of 7.4/10 and an average audience score of 82% in Rotten Tomatoes.

Shadow and Bone might’ve been one of the most anticipated adaptations from the past few years. It just did such a wonderful job of bringing to life the world of Grisha with its magic and kick-ass cast of characters. For those who haven’t read the books, it might seem confusing. Seeing as they sort of mashed together the plots of Six of Crows and Shadow and Bone. They made other changes too. But it still worked. Long-time fans of the books loved it, such as thisstoryaintover and polandbananasBOOKS — and they managed to deliver an exciting story that kept the magical essence of the books.

Shadow and Bone has an IMDB score of 7.6/10 and an average audience score of 88% in Rotten Tomatoes.

The latest adaptation of Little Women is certainly one for the books. It is one of those adaptations that seems to change very little. In fact, the biggest changes might be that Jo gets to see her manuscript published; and that she opens a school for girls instead of boys. The adaptation very much maintains the essence of the book, changing some messages for a more modern audience — such as Amy’s big speech. But keeping the characters’ personalities and their relationships. Which is what ultimately drives this story forward.

Little Women has an IMDB rating of 7.8/10 and an average audience score of 92% in Rotten Tomatoes.

K-dramas are so popular, and so many of them are based on Webtoons, that I’d be remiss to not mention at least one of them! Itaewon Class is certainly one of the more popular ones and a successful adaptation. The changes are pretty small, and some of them just help make this K-drama more, well, dramatic. An example is that the main character, Park Saeroyi, opens a bar in the show, rather than a fried chicken restaurant. Other than that, the main themes of revenge and resilience translate pretty well to the show.

Itaewon Class has an IMDB rating of 8.2/10 and an average audience score of 79% in Rotten Tomatoes.

Last but not least, the adaptation of The Underground Railroad, a story set in an alternate timeline but that still depicts the very real and violent horrors of slavery — upon which the U.S. was built. The show changes several things about the characters, focusing a bit more on Mabel and Ridgeway, as well as giving Cora an active role in Ridgeway’s death. Despite those changes, the show does a good job of staying true to Cora’s character, as well as showing the timelessness of prejudice, racism, and misogyny.

The Underground Railroad has an IMDB rating of 7.3/10 and an average audience score of 76% in Rotten Tomatoes.

Those were some of the best recent book adaptations that stayed true to the essence of their source material. But this is far from the end. There are many more adaptations in the works that we haven’t seen yet. Plus there are tons of books that we’d love to see adapted into the screen someday. 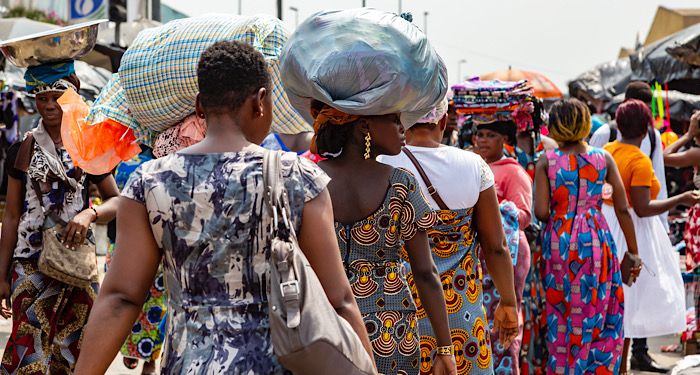 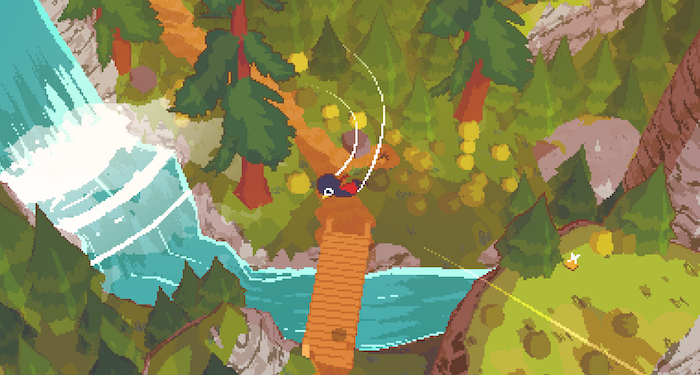