I heard a segment on the radio today about a fairly new tradition at Thanksgiving to ask everyone at the table to mention what they are thankful for. That’s nice. Because at my family’s Thanksgiving table, the conversation—usually complimentary of my mother’s efforts (she who used 10 pounds of butter in preparation for dinner, so what was there to complain about?)—mostly consisted of jabs, jeers and jokes that no one thought were funny. The Waltons we were not.

Even back then, in my novice wine days, I wished I had something to wash it all down. But alas, all we had was Taylor’s Cold Duck or Lancer’s Rose—my mother’s idea of high falutin’ drinkin’ (mostly because she didn’t know better, we had few other choices in rural northern Vermont, and really, it was fancy compared to what my stepfather drank at the table—PBR, decades before hipsters co-opted it).

This caused me to look up common complaints at Thanksgiving and, no surprise, the internet delivered!

In a survey commissioned by Omaha Steaks a couple of years ago and conducted by OnePoll, respondents cited a long list of fails—from lack of time (31%) to lack of synchronicity on timing the food (29%). Twenty-eight percent complained about running out of wine (that would have been my No. 1 complaint. Dry turkey, I can wash down … but if I have nothing with which to do so, now, that’s a problem.

Dropping a dish on the floor tied with forgetting an ingredient (28%). OK, those people never waited on tables nor worked in a commercial kitchen: Next year, they should book a reservation. (And, personal note here: I waited on tables a fair amount in my lifetime and one Thanksgiving back in the 80s, I was working and I dropped an entire tray of turkey dinners on the floor. No one complained, not even the restaurant owners. That I burst into tears might have helped thwart a reprimand, and it certainly helped in the tips department.)

Twenty-seven percent complained about not all the dishes making it around the table so they could try everything. Tied with improper food preparation and followed closely by disrespect for food allergies (26%) and a burnt bird (25%; not to be confused with the other 25% who complained that the turkey was too dry). Turkey complaints also included not cooked enough (25%). Apparently turkey is such an issue that even GEICO got into the advice game, with most of their Thanksgiving FAQs devoted to turkey trials and tribulations.

No one complained about having puny poultry, but 26% griped about no cranberry sauce Rightfully so! How can you have the greatest leftovers sandwich without cranberry goo oozing out from the bread?

Well, no wonder 76% of respondents said they’d enjoy the day a whole lot more if they didn’t have to cook—a Herculean effort that 31% say took to 10 hours between shopping and preparation.

Well for all that complaining, some folks have done a whole lot of eating anyway. A 2018 poll commissioned by HerbalLife Nutrition, reported that 44 percent of respondents owned up to eating more than one Thanksgiving dinner in the same day — with 40 percent admitting they had to undo a button on their pants (hello people, this is why they make Athleisure!). That same poll found that the average American will gain six pounds during the holiday season.

I have made a turkey exactly once in my lifetime: in 2012, part of a community effort to feed Thanksgiving dinner to the volunteers who had been working weeks through the superstorm Sandy cleanup in New York City. I read voraciously on the preparation, debated whether to cook the stuffing inside or out, bought pop-up thermometers, considered possible gluten and nut issues, said a little prayer and cooked the bird. A fellow volunteer picked up my contribution (stuffing cooked outside, by the way) at the designated time. We hugged, strangers in that weird point in time when we were all strangely connected by a collective effort to help and heal, and completely unlike any Thanksgiving I experienced at my family table. My only regret: I never tasted my one and only turkey.

This Sunrise Alarm Clock Turned Me Into a Morning Person 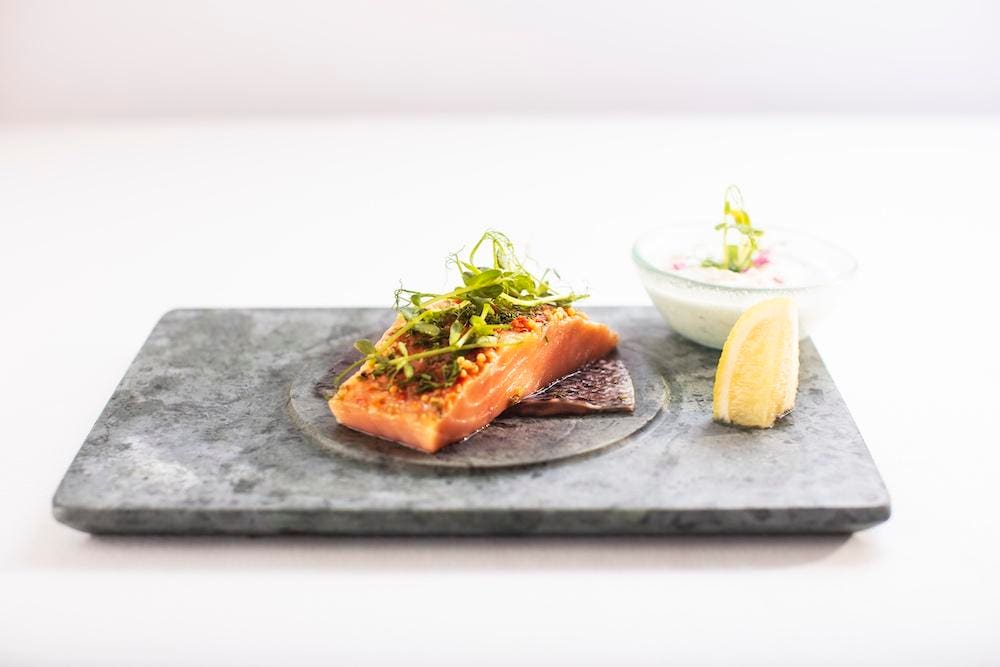 Inside The Dining Program At Holland America Line