Miss Tiny directs me through the vegetation of her small Manchester property in west-central, Jamaica, glancing back every few seconds as she crunches her way through foliage scattered amidst bright orange soil.

Her minuscule frame belies her strength.

For twenty years, and right through the pandemic, the 83-year-old who commands little more than four-and-a-half-feet has been the primary caregiver of her large family of 13 children and grandchildren, living on common property, spread out among three small houses.

She tells me about the days when she worked as a farmer alongside her husband, who passed away, leaving her with many years-worth of memories— and extensive knowledge about how to grow her own food.

An optimist, Miss Tiny conveys that there were a few silver linings through the pandemic.

Cash that her family received from the Ministry of Labor and Social Security (MLSS) and World Food Programme (WFP) through a COVID-19 relief program is now being used to upgrade the aged wood and galvanize outhouse on her property, and her large family benefited from 40 pounds of essential food items, including rice, peas, oil, noodles, and salt provided by MLSS and WFP.

Most gratifying, however, is that throughout the pandemic, her family was able to couple their food assistance with the harvests from the food crops scattered throughout their property— dasheen, ackees, star apples, bananas, greens, and a fowl coop. Despite meager financial means, some might say that Miss Tiny is richer than many.

And she is not alone.

During the pandemic, many Jamaicans responded to movement restrictions and reduced income streams by turning to backyard farming for food security and stress relief.

A regional multi-stage survey conducted by the Caribbean Community (CARICOM) and World Food Programme in August 2022 found that 15% of households in the region are currently engaged in farming for consumption. In the case of Jamaica, the growth of backyard farming emerged against the context of social protection which was provided to the most vulnerable, helping to bring multi-pronged relief during the economic downturn.

According to the February 2022 installment of the CARICOM-WFP survey, 57% of Jamaicans experienced income disruptions due to the pandemic— the third highest rate in the region, after Trinidad & Tobago and Saint Lucia, with the number of people estimated to be food-insecure doubling to 400,000 – around 13% of the population.

“We’re encouraging Jamaicans to devote space in their backyards for the production of two to four vegetable crops per year,” said Green. “We want Jamaicans to get directly involved in growing their own food and we’re taking opportunity which has been presented because of COVID-19.”

At the time, more than 2,500 kits were distributed.

And if social media can be perceived as a gauge of popular sentiment, multiple Jamaican backyard farming pages simultaneously began to emerge in 2020. One, labelled Backyard Gardens 2020, has more than four thousand followers and averages 8 posts a day.

The movement has been a welcome development against the backdrop of almost exclusive dependence on foreign food.

According to the Statistical Institute of Jamaica, Jamaica imported $3,079.6 million in food between 2019 and 2021, the vast majority of which originated in the United States, to supply the tourism and restaurant sector and a population of just under 3 million people. With the impact of global COVID-19 supply shocks on inventories and food prices, and with movement restrictions and job losses experienced during the pandemic, the circumstances were highly favorable for a shift towards eating local.

Backyard farming has strengthened Jamaica’s food security by engaging citizens to grow and consume their own food, thereby saving costs, while enhancing their nutrition, health, and well-being, and is consistent with Jamaica’s vision for 2030.

The movement has produced positive spill over effects into the community, mitigating food insecurity and supporting economic development.

Just up the hill from Miss Tiny, in an area called Harmons, live the Barnes brothers— Hubert, John and Wilson. None are formally employed, and one is blind, leaving them without the means to consistently pay their monthly bills.

But what the brothers lack in financial means, they make up for in food— and generosity.

Hubert Barnes points proudly to the three acres on which he and his brothers have devoted their sustenance and livelihood.

“Plantains, bananas, sweet potatoes, cassava, yam, coconut, sugar…” He goes on, describing how the crops grown on their property provided the perfect accompaniment to the large bags of flour and rice that they purchased with COVID-assistance that they received from MLSS and WFP.

“Wi plant it fi we benefit… Not fi sell out,” he continues.

The brothers stress that they are happy to give members of the community food from their property and only sell “when necessary,” from a financial perspective.

Jamaica provides an excellent case study on the effective use of social protection systems in response to a crisis. Many vulnerable individuals and families across the country benefited from food and cash assistance provided during COVID-19 by the Government of Jamaica through the Office of Disaster Preparedness and Emergency Management (ODPEM), the Planning Institute of Jamaica and the Ministry of Labour and Social Services (MLSS) with the support of the World Food Programme.

But some of the most inspiring stories during the past two years were those of self-sufficiency, particularly in contexts in which social protection was used as a complementary rather than a sole income stream.

In some instances, social protection was used to help to scale backyard farming operations, such as the case of Bearyl Tingle, an active 70-year-old from Clarendon who made use of MLSS-WFP assistance to grow her pre-existing fowl coop. By re-investing in her chicken business, she was able to keep food on the table and send her niece to university.

“Survival is key,” she said.

“It’s not what you do, it’s how you do it, and so as we drive and seek to improve production, we are looking on not just continuing to boost in terms of growing more but wasting less… So, every inch of land will be more efficiently utilized…” said Agriculture Minister, Pearnel Charles Junior, as he promoted agricultural efficiency and self-sufficiency at an April 2022 event to launch Jamaica’s ‘Grow Smart, Eat Smart’ campaign, with the tag line— Food Security is everybody’s business.

Also launched in 2022, at the University of the West Indies’ Caribbean School of Media and Communication (CARIMAC) Mona Jamaica campus, the Plant It Fi Save It campaign has educated and provided the community with tools for backyard farming with the support of Jamaica 4-H Clubs (the Ministry of Agriculture and Fisheries youth arm) and Farm Up Jamaica.

In addition to promoting self-sufficiency, the backyard farming movement has provided youth with the opportunity to transcend outdated notions of farming, incorporating technology, resilience, and independence into what was once perceived as the domain of “the old and the poor.”

In March 2022, Dr. Derrick Deslandes, Chairman of the Jamaica Dairy Development Board (JDDB) pointed out that the use of technology in backyard farming has provided the nation with the opportunity to overcome traditional obstacles to getting started in agriculture.

“Today, backyard farming is not what it used to be,” he said. “You now have container gardening; roof-top gardening systems; you can automate your backyard; you can create hydroponic systems, small systems that can produce lettuce, tomatoes, and a whole host of things. We need to start to encourage and show people [how].”

Across Jamaica’s public and the private sector, the cry has gone out to the community— grow what you eat and eat what you grow.

It has never been easier… or more necessary. 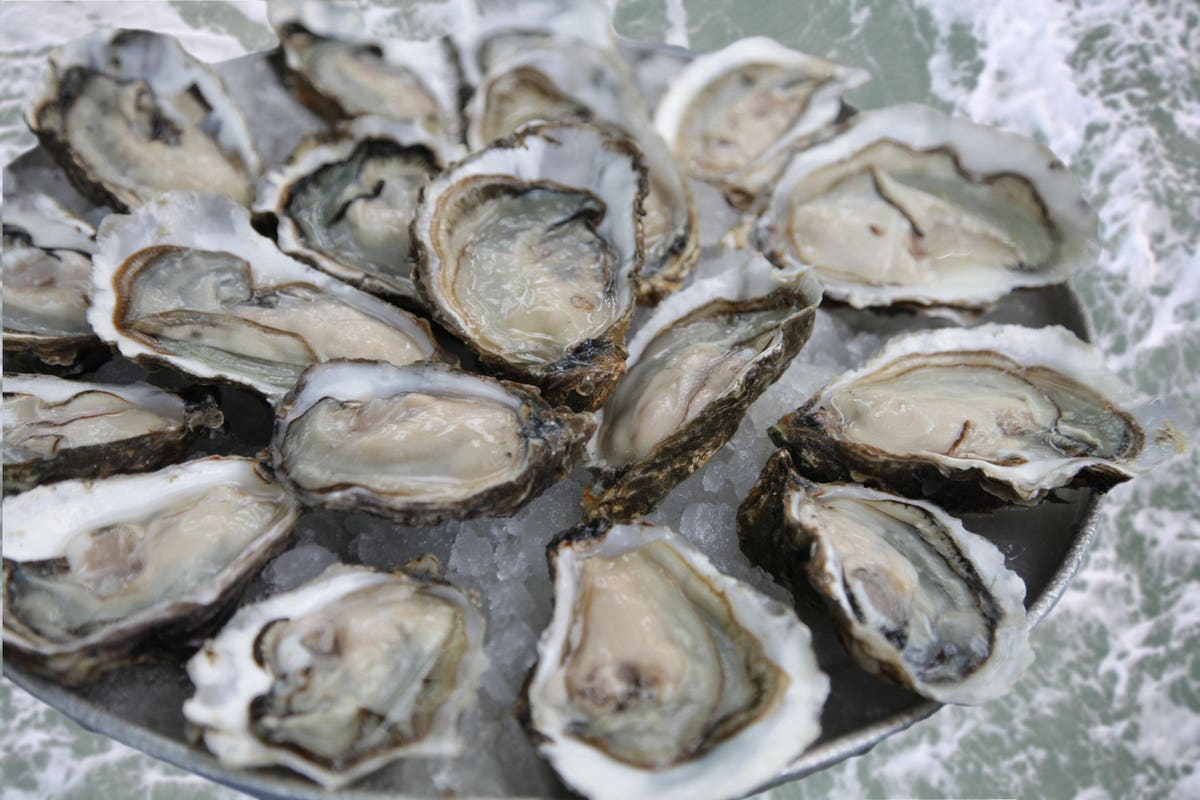 FDA Warning: Raw Oysters Contaminated With Sapovirus May Be In 13 States