Other studies have found microplastics in beer, wines with polyethylene stoppers, rice, table salts, and honey. Microplastics can even be found in fruits and vegetables—like apples, broccoli, and carrots—with plants able to absorb nanoplastics through their root systems. And plastic tea bags are leaching billions of particles every time you make a cup of Earl Gray.

Likewise, “anything that has been packaged in plastic is going to have plastic in it,” says Mason. And it’s almost impossible to eat a meal without ingesting particulate matter. “There’s plastic in the air,” says Mason, which can potentially settle on everything it comes in contact with.

How much plastic are we ingesting?

Some scientists have estimated the average person might eat 5 grams of microplastics in a week—about the weight of a credit card. Another study breaks that down to up to 52,000 particles annually from various food sources. These figures, which only take into account microplastic particles, are likely underestimated, says Phoebe Stapleton, PhD, an assistant professor of pharmacology and toxicology at Rutgers University. “Nano-sized plastic particles are significantly harder to identify, and thereby quantify,” so they’re often unaccounted for, she says.

All this dietary plastic is showing up in our bodies. Research on human poop found 20 bits of microplastic in every 10 grams of “excreta” when testing eight international “samples.” In a study on pregnant rats, Stapleton and her team discovered that plastic nanoparticles inhaled by mothers were translocated to the fetus and placenta within 24 hours of exposure. And microplastics have also been discovered in human lung, liver, spleen, and kidney tissue. How does plastic accumulate in and travel through human and animal flesh? “We aren’t sure yet,” says Stapleton.

What risks does this pose to human health?

While it’s still not totally clear how these particles are affecting human health, Mason says this much plastic exposure is probably not good. “I think it’s fairly safe to say that your body doesn’t know what to do with it,” she says. “It’s going to treat it as a foreign substance in some way, shape, or form, and so that could lead to a whole suite of different outcomes.”

Various studies back this up. Inhaling airborne microplastic fibers has been shown to cause respiratory inflammation in some people. Research on fish who ingested microplastics found evidence of neurotoxicity (chemical- or substance-induced alterations to the nervous system) and oxidative damage (cell and tissue damage caused by an imbalance of free radicals and antioxidants in the body). A 2020 study on male mice also discovered that ingesting microplastics can affect reproduction. And microplastics are known to contain endocrine-disrupting chemicals, which can interfere with the body’s hormones and potentially lead to brain, immune, and other health problems.

Microplastics have also been identified as toxicological vectors. This means the particles “can adsorb additional chemicals on their surfaces before coming in contact with a human cell,” says Stapleton. Various organic materials and heavy metals collected in the life of a microplastic can “increase its toxicity” to the humans and animals which might ingest it.

How can I eat less plastic?

Though microplastic is now omnipresent in our food system, Mason says there are still some ways we can limit exposure. Start by trying to avoid foods packaged in plastic, she says. Reusable totes and produce bags can replace plastic options at the supermarket. Grocery staples like peanut butter and yogurt typically have plastic-free alternatives, albeit pricier ones. Go loose leaf instead of using tea bags. Also, ditch bottled water, our largest source of dietary microplastic, and bring your own water bottle whenever possible. (This advice depends on access to safe drinking water, something millions of Americans aren’t guaranteed.)

Then, bit by bit, try to eliminate household plastics, like shampoo bottles and bubble wrap. Every piece of microplastic that settles on our meals, contaminates our water, or lodges itself inside our apples “ultimately came from people,” Mason says. “And so if we’re cutting down our general usage of it, that impacts everything.” 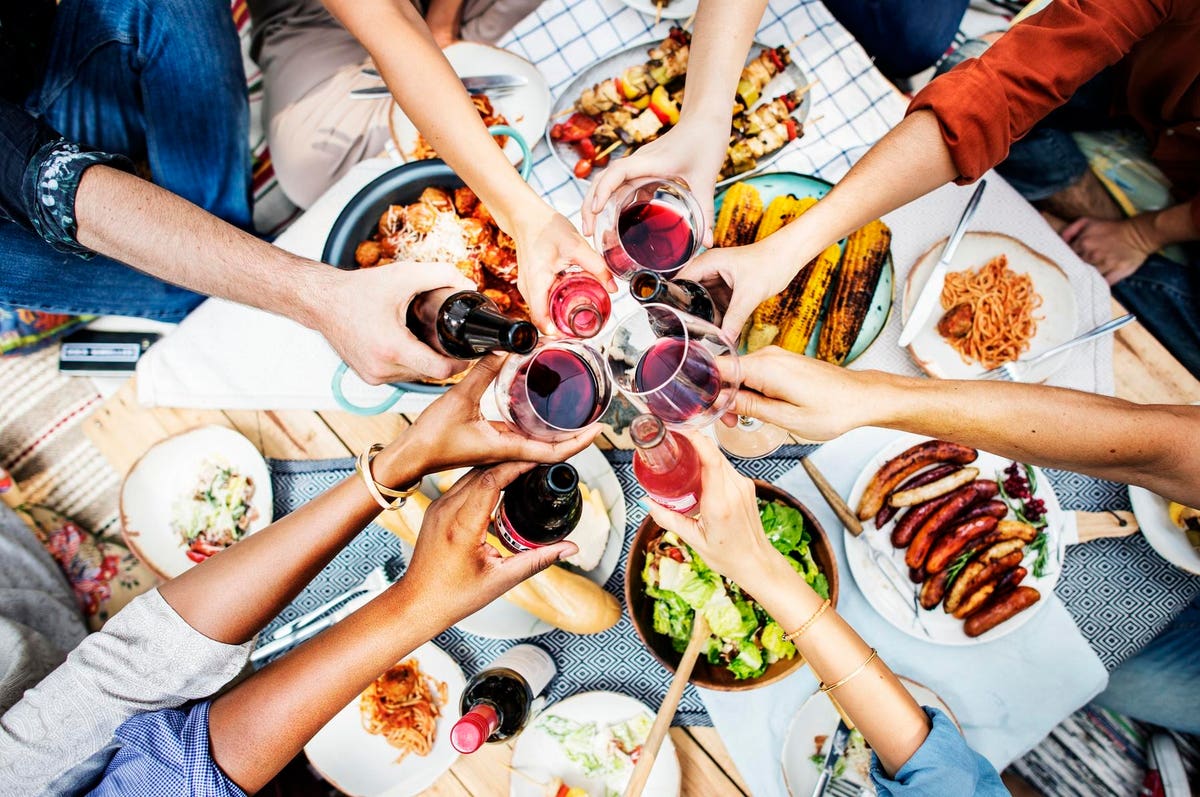