It is the tenth anniversary of Dry January, the campaign that was imagined in England by Alcohol Change UK to get people to consume less alcohol and rethink their relationship with alcohol.

As we near the end of January, we take a look at some of the impact that Dry January has already had here in the US.

CGA Strategy reported that 35% of people participated in the campaign in 2022; but only 74% actually stuck to the month-long commitment. Morning Consult, the Decision Intelligence company predicted mid-month that participation in 2023 has dropped 4 percentage points for two basic reasons. First, is that millennials (the 23–38-year-old age group who in the past were among the most frequent drinkers of alcoholic beverages) are turning their backs to libations – in December 2021, 69% reported identified themselves as alcohol drinkers compared to 62% in 2022. Nielsen IQ also reports that Gen Z are less interested in drinking alcohol than previous generations. The second reason is the economy, alcoholic beverages are expensive! Both factors, Morning Consult reports, resulted in the fact that there are less drinkers to go “dry”.

Dry January began for a simple reason: in the UK, one person dies every hour because of alcohol according to Alcohol Change UK. Their mandate is not to eliminate alcohol, but rather to change the way people drink, and move drinking to be more of a conscious choice, instead of what they call “a default”. Studies in the UK and here in the US all point in the same direction; The over consumption of those individuals who have moderate to severe alcohol use disorder (AUD) leads to high blood pressure, heart disease, stroke, cancer, mental health problems, liver disease to name just a few symptoms according to the Centers for Disease Control and Prevention.

Dry January has also helped the popularity and surge in January of non-alcoholic beverages. Here are the stats from Nielsen IQ: Non-alcoholic beer sales are up 19.5% to $328.6 million, Non-alcoholic wine is up 23.2% ringing up sales of just over $52 million and the burgeoning non-alcoholic spirits category is up 88.4% to just over $5 million in sales (I’m watching this category for huge potential growth). Nielsen IQ data shows that over the past three years the market for these three non-alcoholic categories have grown 120% and now sales have reached almost $400 million.

Even alcohol brands want in on the act; at least as a way to promote their brands. Martha Stewart has joined forces with Tito’s Vodka on a new 60 second TV spot and campaign focused on how to put the vodka that “you are not drinking in January” to good use. They call it “DIY January” and are encouraging consumers to us use Tito’s for alternative activities, such as adding a spritz to boots to keep them from smelling or adding to pasta sauce – and look carefully at the TV spot and you’ll see Martha adds a lot of vodka to her sauce recipe. Martha uses the vodka to clean a bowl, sprays some in the air and then catches in her mouth and even smashes a bottle on a piece of meat to tenderize it (please don’t try that at home – you could wind up smashing the bottle and hurting yourself!). She even adds vodka to flowers to keep them fresh.

A quick check online shows that Amazon sells a 750 ml bottle of Tito’s for about $20, at Bev Mo it’s on sale for $16.99 for members (regular price is $34.99). Kind of expensive to use Tito’s for these Martha hints ya think? Tito’s also came up with a kit – already sold out of course – that she demonstrates on the TV spot to add to the top of the bottle: the deodorizer, the flavorizer and the cleanerizer. According to the brand there are more DYI ideas on the way – including a window de-icer (I’m glad I live in California!).

And of course, the spot ends with Martha getting ready to drink a Martini as ‘she needs a drink” after all these alternative uses. Yes, it’s sort of funny. Yes, it’s the brands inside joke and gets lots of attention. But dry January as we discussed before is serious.

In Australia, 51% of those who participated in Dry January drink less frequently 4 months after participation (of those about half went back to drinking their normal amounts as January ended). Other studies across the countries who participate and promote Dry January also show reduced consumption.

Dry January is a great program that helps many understand their relationship with alcohol, and in some cases does effect a change of behavior. Itis not going to cure those with alcohol addiction, those people must seek medical advice and help.

And if you missed out this Dry January, don’t worry, Sober October is just 8 months away. 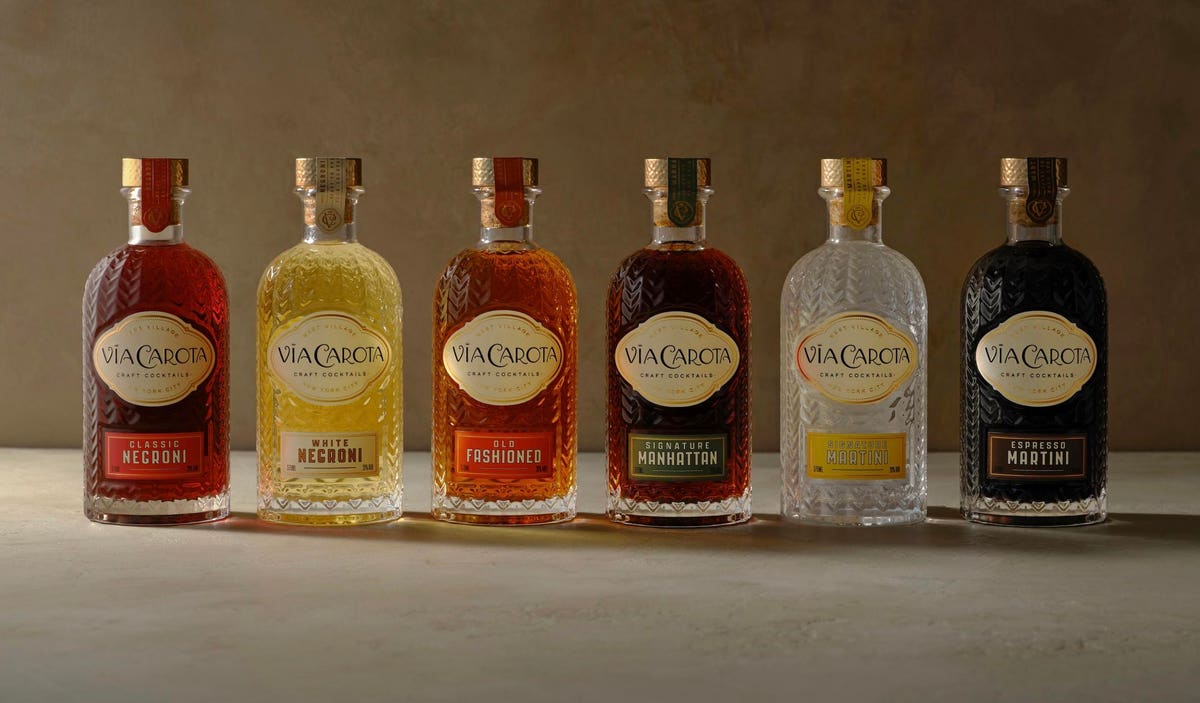