Lockheed Martin has presented a concept for its EC-130J TACAMO aircraft for the first time, building on a plan that first emerged more than a year ago. The TACAMO, or “Take Charge And Move Out” (TACAMO) mission, currently provides airborne command and control support for America’s nuclear deterrent forces and is presently fulfilled by the E-6B Mercury “Doomsday Planes,” 16 of which are in use. In recapitalizing with the new EC-130J TACAMO, the Navy will be going back to the future, with the Mercury having previously replaced another Hercules variant, the Cold War-era EC-130Q. The mission will, however, be scaled back, with the EC-130J exclusively providing command and control for the Navy’s ballistic missile submarines.

An artist’s concept of the EC-130J TACAMO was shown on the Lockheed Martin stand at the Navy League’s Sea-Air-Space Exposition that is currently underway just outside of Washington, D.C. The aircraft is shown with the long trailing wires for the very-low-frequency (VLF) communications system, and apparent fairings for satellite communications gear on the wingtips and above the rear fuselage. Below the wingtip fairings are additional spike antennas that may well be related to high-frequency antennas. The bottom of the fuselage has blisters for downlink antennas used to connect with ground entry communications points. Some sort of arrays also appear to be installed in the EC-130J’s modified landing gear fairings. This feature could also carry extra fuel, similar to those installed on the CMV-22.

As well as providing a glimpse of how the future TACAMO platform will look, Lockheed Martin provided an update on the current status of the program.

“Lockheed Martin’s C-130 Hercules previously served as a U.S. Navy TACAMO platform, supporting mission successfully for many decades,” said Stephanie Sonnenfeld Stinn, a Lockheed Martin spokesperson, in a statement to The War Zone. “We stand ready to support the U.S. Navy’s TACAMO modernization effort with the unmatched, unrivaled C-130J Super Hercules. As the most advanced Hercules ever built and flown, the Super Hercules offers the unique mix of capabilities to potentially support the critical, no-fail TACAMO mission.”

Despite the EC-130J having previously served as a TACAMO platform, the decision to replace the four-jet E-6B, some of the last Boeing 707 airliner derivatives built, with a turboprop platform was in some ways surprising. While the Hercules’ cargo-focused fuselage offers considerable capacity for avionics and equipment, a derivative of the twin-engine P-8 Poseidon maritime patrol aircraft or even the KC-46 Pegasus tanker seemed most likely. There is also no shortage of bizjet-based platforms that could potentially have been candidates, too, although it’s questionable if a smaller airframe would have offered the capacity for trailing wire stowage as well as the necessary crew size and endurance.

Hurd explained that an Analysis of Alternatives “indicated that a four-engine, domestically produced small aircraft is optimal for the TACAMO recapitalization,” seemingly making the C-130 the only option for the role.

“The C-130 is currently extensively fielded within the Department of Defense and deployed at various bases worldwide that create operational support synergies for proving TACAMO execution,” Hurd added, pointing to the logistics, maintenance, and training advantages offered by a platform that’s already in widespread U.S. and allied service, including with the U.S. Navy and Marine Corps.

Hurd also pointed out that the C-130J-30 met the required performance parameters, including the ability to continue its tasking with one engine out, “regardless of when and where it occurs in the mission profile.” Sources have told The War Zone that the EC-130J would also drastically expand the number of airfields that the TACAMO could sit alert at and operate out of, making them more survivable and less predictable than the E-6. Upgrading and support will also be far easier than with some of the airliner airframes.

The unique TACAMO mission profile also involves pilots putting the aircraft into a very steep and tight banking turn at slow speed, to ensure that the antenna for the VLF communications system is as close to vertical as possible, to maximize transmission effectiveness. These turns are typically repeated, often for hours at a time, to send messages.

“The accelerated testing on a proven airframe will reduce the time needed to get to an initial operating capability, if all expectations are met during testing,” Hurd explained.

There have been some other recent developments with the program, too, including the award of a sole-source contract to Collins Aerospace for the VLF communications system, while an open competition will lead to a contract award for mission systems integration.

In one significant change from the E-6B that it’s replacing, the EC-130J TACAMO will, to begin with, at least, be designed for the TACAMO mission only. Currently, the Mercury fulfills both TACAMO duties for the Navy’s ballistic missile submarines, and the U.S. Air Force’s Airborne Command Post (ABNCP) mission, which involves maintaining communications with intercontinental ballistic missile (ICBM) and bomber units. Before the E-6B consolidated the two roles, the ballistic missile support mission was executed by the EC-135 Looking Glass.

With the EC-130J TACAMO initially only being responsible for TACAMO, the implication here is that the new aircraft will be supplemental to the existing E-6B fleet, at least for some amount of time.

Full retirement of the E-6Bs would then require a substitute for the ABNCP mission, perhaps through further adapting the EC-130Js or fielding a new platform altogether. The latter might even signal that the ABNCP mission is handed over from the Navy to the Air Force.

Potentially, the Air Force’s Survivable Airborne Operations Center, which is being developed primarily as a replacement for the servie’s fleet of E-4B Nightwatch aircraft, also known as National Airborne Operations Centers (NAOC), could provide a follow-on for the ABNCP mission. However, from what we know so far, the Survivable Airborne Operations Center is mainly pitched as an E-4B successor. If that’s the case, and SAOC will be a 747-based platform as expected, it seems unlikely that the Air Force will want to acquire and operate a fleet of them that is similar to the size of the current 16-strong E-6B fleet. After all, the current E-4B fleet numbers just four aircraft. An inventory somewhere in between is possible though.

It’s worth noting that, for a while, consideration was given to the Air Force and the Navy considering a new joint platform that would provide a direct replacement for the E-6B, but that project appears to have been terminated by 2020.

Going forward, therefore, questions about the airborne nuclear control and communications missions still need to be answered, with a distinct possibility that the current joint mission could be replaced by service-specific platforms. Were that to happen, there would be another interesting parallel with the old EC-130Q. After all, when this aircraft served the Navy in the TACAMO role, the Air Force meanwhile operated the aforementioned EC-135 for its ABNCP mission.

Whatever direction is chosen for the future of the Navy and Air Force Doomsday Planes, the arrival of the EC-130J will help address the issues presented by an aging E-6B Mercury fleet that has now been in service for more than three decades. 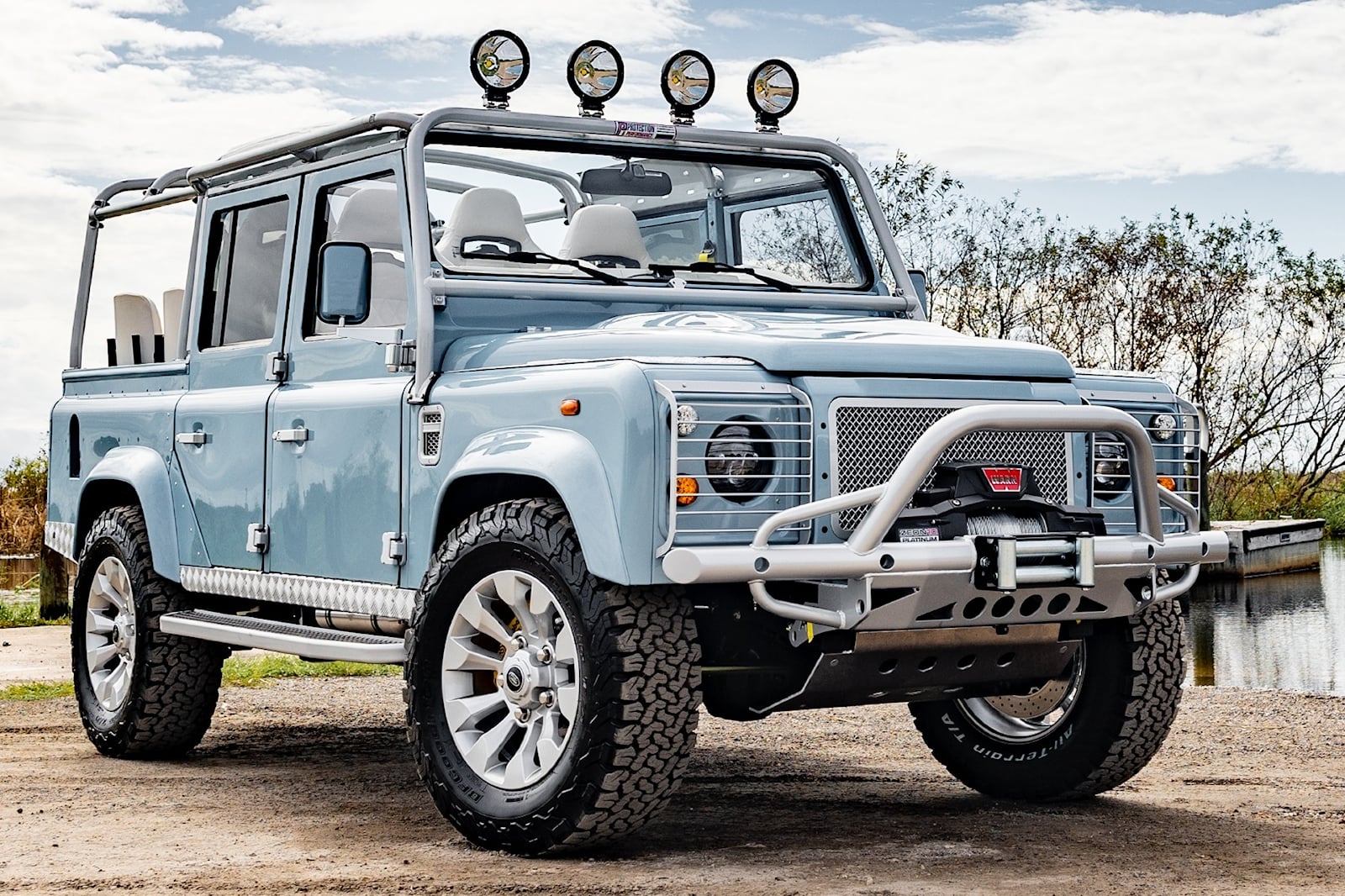